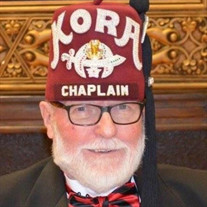 WESTBROOK – William W. Gowen, 89, passed away on Saturday, February 13, 2021. He was born at home in Westbrook on July 4, 1931 the son of Henry and Isabelle (Woodman) Gowen. William attended a one room school house through 6th grade. He went on to graduate from Westbrook High School Class of 1949 and attended many class reunions. He graduated from Portland University and entered the banking industry, working for Casco Bank until 1966 when he founded his accounting firm in Portland and later Westbrook, he passed the CPA exam in 1971. True to his nature, Bill never rested, from 1972 until his passing he operated Shekinah Company real estate and was proud that he never retired. His life wasn’t all work, he enjoyed traveling the country in his motor home from the late 1980’s until the early 2000s. He also took two trips to Scotland and was proud of his Scottish heritage. Bill was an active member in dozens of organizations over his lifetime including serving as treasurer and/or president of many. He was a 32nd degree Mason and enjoyed all aspects of masonry and of being a member of the Kora Shrine, where he would drive his Porsche 914 with the Kora Motor Unit in parades. He was a member Rotary Club of Westbrook-Gorham & Windham, Downeast Porsche Club, Family Motor Coach Association, and St. Luke’s Episcopal Church, to name a few. His family will remember him fondly for all of the advice that he offered to his children and grandchildren over the years. He was always proud of their accomplishments. Bill enjoyed reading about history and politics, he was active with various Republican party committees and was not shy about sharing his opinions. In addition to his parents, William was predeceased by his brother, James Gowen. He is survived by his sons, David Gowen and his wife, Kathy of Westbrook, and Daniel Gowen and his wife, Tiffany of Delta, PA; grandchildren, Nathaniel, Hannah, Priscilla, Elijah, Gabriel, and Daniel Gowen; several nieces and a nephew. Due to Covid-19 services will be announced at a later date. Those who wish to honor Bill’s memory are encouraged to make a donation in his name to, Kora Shrine Temple Foundation, 11 Sabattus Street, Lewiston, ME 04240 or at www.korashriners.org.

WESTBROOK &#8211; William W. Gowen, 89, passed away on Saturday, February 13, 2021. He was born at home in Westbrook on July 4, 1931 the son of Henry and Isabelle (Woodman) Gowen. William attended a one room school house through 6th grade.... View Obituary & Service Information

The family of William Woodman Gowen created this Life Tributes page to make it easy to share your memories.

Send flowers to the Gowen family.