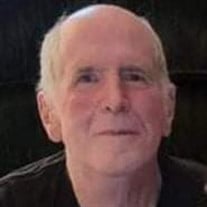 William Michael Bobb, 71, of Westbrook, passed away on October 13, 2021. He was born on March 5, 1950 to parents George and Margaret (Eaton) Bobb. William was born and raised in Fenton, MO and graduated from Eureka High School in 1969. Soon after graduating he joined the United States Navy where he proudly served from 1968 until 1991. He was stationed at eight different locations and was on five different ships over the 23 years he served. He retired off the USS Sierra (AD -18) on the 27th of September 1991. Bill and his wife, Virginia, of 40 years, resided in Westbrook and together raised two wonderful children, Brad and Bridget. He was a hard working soft spoking dependable man, and by the age of 71, Bill had not retired and never missed a day of work. Bill liked to read, watch T.V. and he loved spending time with his niece, Julianne and his granddaughter Scarlett. Bill was a man of few words but when he spoke he had something memorable to say. He was very loved and he will be greatly missed. William was pre-deceased by his parents, George William Bobb and Margaret Katherine Eaton. William is survived by his loving wife, Virginia Bobb; his son Brad Howes, and his girlfriend Trudi McKenney of Patten, ME.; daughter Bridget Small, and her husband Don, of Freeport, ME; sisters, Cammie Yates, and her husband, of Florida, Kathi Bobb of Missouri, and Michele Case; his precious granddaughter, Scarlett Small and his very special niece, Julianne McLaughlin of Damiscottta; his special sister in laws, Shirley Snider, and her husband John, of Millinocket, and Katherine Crandall of Ashland, Maine. Bill is also survived by additional nieces and nephews that meant so much to him. There will be a graveside service on Saturday, October 30, 2021, @ 10:30 am at Woodlawn Cemetery, Westbrook. In lieu of flowers donations can be made to the Heart Association or the Cancer Foundation or Autism Speaks.

William Michael Bobb, 71, of Westbrook, passed away on October 13, 2021. He was born on March 5, 1950 to parents George and Margaret (Eaton) Bobb. William was born and raised in Fenton, MO and graduated from Eureka High School in 1969. Soon... View Obituary & Service Information

The family of William Michael Bobb created this Life Tributes page to make it easy to share your memories.

William Michael Bobb, 71, of Westbrook, passed away on October...

Send flowers to the Bobb family.