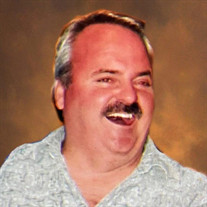 Thomas P. Shaw, “Tommy” passed away on January 13th, 2022 at 55 years old. He was born on November 13th in Portland, Maine to parents Sally Davis Shaw and Dewayn Shaw. He was the second youngest of nine children. He spent his childhood working at his family farm on Finn Parker Road in Gorham, later building a home on that same land to raise his own children. Through his father Tom learned construction at a young age, often leaving school early to go to work. He graduated from Gorham High School in 1985 and started his own business, Gorham Sand & Gravel with his younger brother, Jim. They worked alongside each other for over 35 years. Tom had a fulfilling and adventurous life with his wife Sue. They had been together over twenty-one years, raising his children together and making a comfortable life at their house on Sebago Lake and their winter home in Marco Island, Florida. Most nights they spent by the fire pit sharing stories and watching the sunset, Tommy had a natural talent for being able to capture people’s attention, he could make even the most mundane events into a hilarious story. Sue was with him until the very end just as they promised in their vows. They both had a zest for life and spent a lot of time traveling, their favorite spots being the warmer, sunny climates. But Tom had ventured all over the world, including places such as Finland, Japan and Canada. He remained curious and bold even as he aged, often pondering aloud about his next biggest adventure, there was always more to be achieved. There was never a limit for Tom’s grand ideas and there was never an opportunity for negativity. He spent his life building an empire and never took no for an answer, he was aggressive and brash in his business but easy-going and comedic in his personal life. Being able to balance work relationships with his personal relationships was one of his best qualities. He was a selfless person, through charity donations or a word of advice he was always willing to give whatever he had to offer. His presence as a business man and mentor will be greatly missed in the construction community. Tommy is survived by his four children, Darin, Cori, Caitlin and Dayna, his two stepchildren, Mike and Scott Mckinley, his wife Sue, his six siblings: Johnny and wife Donna Shaw of Gorham, Lisa and husband Mark Allen of Gorham, Danny and wife Jackie Shaw of Windham, Kitty and husband Mark Faulkner of Gorham, Susan and husband Tim Duchaine of Standish and Jim and wife Kathleen Shaw of Gorham as well as 19 nieces and nephews. He is predeceased by his mother and father, Sally and Dewayn, his sister Sara and his brother Timmy. There will not be an immediate service, but an outdoor celebration of life is planned for the spring. In lieu of flowers, please consider shopping at your local farm stands and supporting small businesses, as Tommy always did.

Thomas P. Shaw, &#8220;Tommy&#8221; passed away on January 13th, 2022 at 55 years old. He was born on November 13th in Portland, Maine to parents Sally Davis Shaw and Dewayn Shaw. He was the second youngest of nine children. He spent his childhood... View Obituary & Service Information

The family of Thomas P. Shaw created this Life Tributes page to make it easy to share your memories.

Send flowers to the Shaw family.