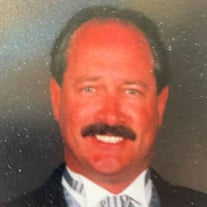 Thomas Barr Jr passed away peacefully after bravely frighting a long illness Thursday morning. Born in Staten Island, NY, To Thomas and Rita Barr. In 1974 Tom moved to Windham with his family to a small cabin on Little Sebago Lake his family visited during summers. He graduated from Windham High school in 1975 and went on to study business at University of Maine at Orono where he received a business degree in 1979. Tom was involved in a number of business ventures, most significantly his work with Bushmaster Firearms where he started in 1980 and worked as President and CEO, this work brought him across the country and world, working with the US State Department, police departments, many foreign militaries and government agencies and had him meet significant people of the time from George HW Bush to Mikhail Kalashnikov. His travels included places as far away as Peru, Germany, France, the Philippines and Malaysia. Tom Married the love of his life Cindy in 1983, They built their home on Windham Hill in 1995 where they raised their children and later he spent growing peaches and blueberries and collecting monarch caterpillars. Tom retired in 2001 and got to enjoy mentoring his sons building their own businesses something he was very proud of. He spent his later years entertaining and traveling with his friends and family, or at home watching the butterflies hatch with his grandchildren on his back porch or the sun set behind Portland on their boat where he loved to stay during the summers with his wife. Tom is predeceased by his sister Claudette Bush Father Thomas Barr Sr and his Mother Rita Barr. He is survived by his brother Gregory and Raymond, many nieces, nephews, and cousins, his wife of 38 years Cindy, his three sons Thomas Barr III , Micheal G. Barr, and Justin J Barr, and his grandchildren who knew him as “Papa” Thomas Barr IV, Stanley J Barr, and Jack I Barr.

Thomas Barr Jr passed away peacefully after bravely frighting a long illness Thursday morning. Born in Staten Island, NY, To Thomas and Rita Barr. In 1974 Tom moved to Windham with his family to a small cabin on Little Sebago Lake his family... View Obituary & Service Information

The family of Thomas "Tom" Barr Jr. created this Life Tributes page to make it easy to share your memories.

Send flowers to the Barr family.