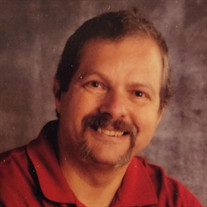 Steven Charles Pomelow, 72, of Gorham, ME. passed away peacefully on Dec. 1, 2021 after a short battle with Leukemia. Born Sept. 29, 1949, the son of the late Harold Pomelow and Dolores Pomelow (Bannister), Steven was a teacher of 40 years prior to his retirement in 2011. Steven started his teaching career at the former St. Patrick’s School in Portland, ME. before moving to, and retiring from, the Westbrook School System in Westbrook, ME. He spent most of his time in the Westbrook School System teaching Science at both the former Wescott Jr. High School and the current Westbrook Middle School. These were subjects that he was passionate about. Over the years he helped his Science students raise and release salmon in the Presumpscot River in Westbrook. In 2005, Governor Baldacci presented him with the EPA’s 2005 Environmental Educator Award for his commitment to drinking water education with his students. Steven was also a very active member of the Fraternal Order of Eagles 2977 Aerie in Westbrook. Over the years, he could often be found shooting pool with his dad and other long-time friends and members. Steven went on to serve multiple times as Worthy President in the Aerie and also served as the Worthy Maine State President. He also served in various other board roles in the Westbrook Aerie until his passing. He loved this organization and what it stands for, with a goal to always make it the best organization it could be, whether it be at his local Aerie or the other Aeries he visited when in his leadership roles. Steven also loved the ocean and the outdoors. He took every opportunity he could to take his family to Two Lights State Park in Cape Elizabeth, ME. to walk the rocks and wade through the tide pools with his children and later, his grandchildren. He also incorporated time to teach his family about the ocean and everything it contained. Plus, when his kids, Steven and Tina, were younger, he always got a laugh when they played and jumped on the rocks as his wife, Sherry, watched them with a worried look on her face. He knew he had taught his kids to navigate the rocks and slippery areas well and they would be just fine. Whether it was doing a little clamming as a youngster with his mother’s family in Shediac, NB, Canada, fishing with his father, sitting peacefully by a campfire with his wife, hanging at Two Lights State Park with his daughter and her family on a nice summer day, biking the Dempsey Challenge through the hills in Lewiston, ME. with his son, or playing golf and smelting with long-time family friends, Steven loved being outside and enjoying what nature has provided. His family and friends will always be thankful to have been able to share this passion for the outdoors with him. Steven is survived by his wife of 50-years, Sherry Pomelow (Lappin) also of Gorham, ME., son Steven Pomelow II and his wife Aimee of Davenport, FL and daughter Tina Eastman and her husband Robert of Westbrook, ME; grandchildren: Tyler Eastman of Westbrook, ME; Specialist Austin Pomelow, USA, Ft. Carson, CO; Andrew Eastman of Westbrook, ME; Mitchell Stuart of Davenport, FL. Also, sisters: Kathryn and her husband John Lomenzo of Huntersville, NC and Wendy Pomelow of Portland, ME; along with several nieces and nephews. Visiting Hours will be held Dec. 10th from 5 – 7 p.m. at Dolby, Blais & Segee – Westbrook Chapel, 35 Church St. Westbrook. A Celebration of Life gathering will be held on Dec. 11th from 1 – 3 p.m. at the Fraternal Order of Eagles banquet room, 89 Saco St. Westbrook. ​ His family would like to thank the wonderful staff at Maine Medical Center and Gosnell Memorial Hospice House, along with the other family and friends for their support during this difficult time. In lieu of flowers, please support Animal Refuge League of Greater Portland, 217 Landing Rd, Westbrook, ME.

Steven Charles Pomelow, 72, of Gorham, ME. passed away peacefully on Dec. 1, 2021 after a short battle with Leukemia. Born Sept. 29, 1949, the son of the late Harold Pomelow and Dolores Pomelow (Bannister), Steven was a teacher of 40 years prior... View Obituary & Service Information

The family of Steven Charles Pomelow created this Life Tributes page to make it easy to share your memories.

Steven Charles Pomelow, 72, of Gorham, ME. passed away peacefully...

Send flowers to the Pomelow family.