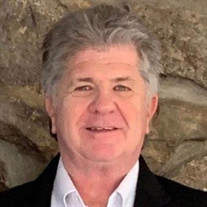 RAYMOND- Steven D. Phillips, longtime resident of Raymond passed away unexpectedly on Sunday July 4th. He was born on April 4, 1953 in Dorchester Mass, an only child to Donald B. and Violet (Perkins) Phillips. Steve had an enduring career of over 40 years with Albert F. Fitzgerald Tile Company as a sales representative with an extensive territory and extensive product knowledge. Through his work and career he developed a vast knowledge on various topics, formed many long lasting friendships and relationships with colleagues and customers. He enjoyed many tropical vacations with business partners to celebrate success and partnership. In addition, he was a former volunteer firefighter for the Town of Raymond and the Town of Casco, both towns in which he took great pride in. Steve was fiercely loyal and devoted to his family and closest friends, offering unwavering support in many forms. He intuitively knew where to be and when to be there at just the right times which always made the difference for those he cared about. He was never short on ideas or suggestions and was not shy about sharing them with those he thought could benefit. He loved a good bargain, good food, and was quick to detect anything less than the most authentic ingredients. He was a skilled and passionate boater and enjoyed many decades of fun with family on Sebago Lake and Brandy Pond on the various vessels he captained through the years such as the Miss Behavin’. He was not a professional singer, but was known to spontaneously sing “God Bless America” with great conviction whether in a kitchen at the holidays or tied up at the dock after a long fun day. He enjoyed snowmobiling with his children and friends. He was a loving father to his children. He is survived by his wife of 31 years, Tammy L. Phillips of Raymond; daughter, Ami Carter and husband, Alfred, JR. of Windham; daughter, Megan Kirk; son, Cote Stevens; daughter, Naveha Phillips; and 2 great-grandchildren, Dylan and Cooper Pomerleau and their dad, Tim. He also leaves behind his mother-in-law, Christine Proctor. In addition to his parents, He was predeceased by his son, Christopher Phillips; and daughter, Heidi. He will be sorely missed by all who knew and loved him.   Friends and relatives are invited to visiting hours being held 11 a.m. to 1 p.m., Friday, July 9, 2021 at the Windham Chapel of Dolby, Blais & Segee, 434 River Road, where a funeral service will take place at 1 p.m. Burial will be private at a later date. In lieu of flowers, donations may be made in honor of Steven D. Phillips to Camp Sunshine, 35 Acadia Rd. Casco, ME 04015. To express condolences and to participate in Steven’s online tribute, please visit www.DolbyBlaisSegee.com

RAYMOND- Steven D. Phillips, longtime resident of Raymond passed away unexpectedly on Sunday July 4th. He was born on April 4, 1953 in Dorchester Mass, an only child to Donald B. and Violet (Perkins) Phillips. Steve had an enduring career... View Obituary & Service Information

The family of Steven Donald Phillips created this Life Tributes page to make it easy to share your memories.

Send flowers to the Phillips family.