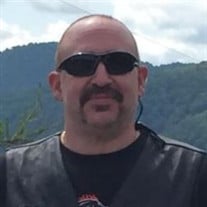 OXFORD - Raymond A. Strout, 59, passed away unexpectedly in his home on January 25, 2022. To most he was known as “Ray”, to a few of us as Rain Man, but to only one of us he was known as Dad. Ray was born on February 26, 1962 in Westbrook, Maine to Lillian Merrill and Robert Strout. Ray graduated from Westbrook High School in 1980 and went on to attend SMVTI and received an associates degree. Ray was proud of the fact that he was on the Westbrook High School Swim Team. Ray went on to work at SD Warren in Westbrook which eventually transitioned to Proctor and Gamble for a total of 39 years. Ray’s job at Proctor and Gamble took him to Frederica, DE in 1995. Ray often said the “the highest point in Delaware was the dump.” and longed to return back to Maine; eventually moving back in 2003. Ray loved what he did for a living and often bragged about how many hours he worked. Ray was a dedicated workaholic. In 1991 Ray met Claudia Day who he later wed. Ray and Claudia were married for 15 years before divorcing. Ray and Claudia remained friends after their divorce and often helped each with everyday life. Ray and Claudia had one child, Cady. Ray was often observed wearing the latest fashionable sweatpants and character t-shirts from Wal-Mart. Ray was famous for saying inappropriate things that left you with a story to tell, which can’t be printed here (come join us at his celebration of life). Ray could be stubborn and if you told him he couldn’t do something he would do it just to spite you. He was a handy man and could fix just about anything. Ray was always helping others and was someone you could always count on (if he liked you of course). Ray had a lifelong love affair with Dairy Queen and in fact his daughter Cady thought he worked there when she was young because they went there so often. Ray was upset when Dairy Queen put limits on the number of Dilly Bars he could buy because of the shortages. Dairy Queen, Applebee’s, and the Flagship Cinemas are going to be devastated by the loss of Ray and stock in these companies is sure to fall. Ray loved all things Star Trek, Star Wars, and Marvel. Ray enjoyed riding motorcycles with his best friend, Mike Caron. Ray and Mike were friends for 40 years and took many trips together, riding their motorcycles through the mountains including the Smokies; they did however skip Brokeback. Ray also enjoyed spending time with his friend, Richard Exchange, who he remained friends with since high school. Ray and Richard enjoyed riding snowmobiles and motorcycles together as well. Ray worked hard and was determined to provide the best life he could for his daughter Cady. Anyone who knew Ray knew that he was a loving and supportive father. The thing that Ray loved most in this world was his daughter. Ray supported Cady in anything she did. Ray and Cady could often be seen out to dinner together or catching the latest Marvel movies. Ray and Cady enjoyed camping together at White Lake. He even helped Cady shop for prom dresses. Their bond was special, and Cady referred to Ray as her best friend. Ray was predeceased by his parents. He is survived by his only child, Cady Day of Oxford; ex-wife, Claudia Day-Strout of Oxford; sister, Terry Strout-Wade and her Husband, Dan of Westbrook; nieces, Serna Bissonnette of Fryburg, Keli-Rae O’Keefe of Gorham, and Jessica Morris of Frederica, DE whom Ray helped raise. Ray also leaves behind several nieces, nephews, and cousins. A visitation will be held, 4-6 p.m., Tuesday, February 1, 2022 at the Westbrook Chapel of Dolby, Blais & Segee, 35 Church Street. We request Ray’s loved ones join us in celebrating Ray’s life. Please come dressed as yourself Ray wouldn’t want anything different.

The family of Raymond A. Strout created this Life Tributes page to make it easy to share your memories.

OXFORD - Raymond A. Strout, 59, passed away unexpectedly in his...

Send flowers to the Strout family.