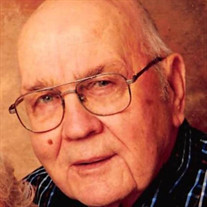 STANDISH - Ralph Arthur Stowell, Sr., 86, passed away at his home on January 19, 2022 due to complications from Parkinson’s disease and CLL. He was born on November 11, 1935, in Yarmouth, the son of Freeman Stowell and Belna (Burnell) Libby. Ralph enjoyed many things in his life and they all focused around family, friends and automobiles. He was a hard working blue collar guy who seldom left the house without his baseball cap or an occasional cowboy hat. Ralph was a character that loved to talk and could spin a tale with the best of them. He looked forward to barbecue's, camping, auctioneering at the Burnell reunion and coaching Little League Baseball. Ralph owned and operated several automobile businesses and gas stations throughout his career. He was an ace mechanic who could repair any vehicle either foreign or domestic. His niche was as a foreign car specialist and his love for cars inspired him to build and race Volkswagens. He raced throughout Maine and New Hampshire and was extremely successful winning numerous races at Lee, Oxford and Beech Ridge Speedways. As an avid car enthusiast he and his wife Ulla enjoyed showing their classic cars at auto shows. The 1940 candy apple red Ford coupe was his pride and joy, and they won several ribbons and trophies for having one of the best cars in the show. The family would like to extend a special thank you to friends Julie and Brenda for their care and support. As well as Hospice nurse Beth and the staff at MMC. In addition to his parents, he was predeceased by his first wife, Patricia (Baker) Stowell; brother, Richard and wife, Beverly Stowell. He is survived by his wife, Ulla (Gould) Stowell; son, Ralph Stowell, Jr. (Kim); daughters, Cheryl Stowell and Brenda Biggs; grandchildren, Kevin and Jonathan Smith, Kaylah Stowell, Desirae Berricks, Joshua, and Jordan Stowell; five great-grandchildren; sisters-in-law, Barbara (Tony) Ferrante, Val (Frank) Gagne, Clara Muller; along with several nieces and nephews. Sadly, leaving behind his beloved dog Gracie. In lieu of flowers, donations in his memory may be made to the following: Autism Society of Maine, 72 Main Street, Suite B, Winthrop, Maine 04364; New England Cancer Specialist, 100 Campus Drive, Suite 108, Scarborough, ME 04074; American Parkinson Disease Association, PO Box 61420, Staten Island, NY 10306. Visitation will be held, 4-6 pm, Sunday, January 30, 2022 at the Windham Chapel of Dolby, Blais & Segee, 434 River Rd. Church services will be held, 11 a.m., Monday, January 31, 2022 at the Living Stone Community Church, 711 Ossipee Trail, Standish, with Pastor Mike Smith officiating.

STANDISH - Ralph Arthur Stowell, Sr., 86, passed away at his home on January 19, 2022 due to complications from Parkinson&#8217;s disease and CLL. He was born on November 11, 1935, in Yarmouth, the son of Freeman Stowell and Belna (Burnell)... View Obituary & Service Information

The family of Ralph Arthur Stowell Sr. created this Life Tributes page to make it easy to share your memories.

Send flowers to the Stowell family.