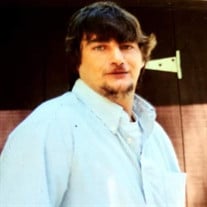 WINDHAM—Michael Scott Peabody, 59, passed away April 4, 2021 at his home in Windham. He was born on August 13, 1961 in Portland, Maine. Mike grew up in South Portland and enjoyed spending summers down east learning the fishing trade from his uncles. At the age of 16, he followed suit with the family tradition of becoming a fisherman. Although grueling at times, he loved his work and did it with pride until his health no longer allowed him. Even when he wasn’t fishing, he enjoyed being on a boat on the water, especially spending a few summers on Collins Pond. Some of his favorite past times include walking his beloved German Shepherd, Jake. But Mike’s greatest love was his longtime partner, Maureen. For over 20 years, the two were inseparable and Maureen cared for Mike through his declining health. Mike will be remembered as the life of the party; a social guy, he could make everyone laugh with his good sense of humor and quick wit. Although Mike never had children of his own, he loved being “Uncle Mike” to his nieces and nephews who he loved so much. Mike is survived by his loving partner, Maureen McLean; mother, Vivian (Pinkham) Dean; siblings, Brenda Orne and her husband Mike, Heidi Strout and her husband Tim, Shelley Mitchell, and Jim Dean; 11 nieces and nephews and 10 great nieces and nephews. He was predeceased by his step father, Laurence Dean; a niece, Taysia Doyer; and his brother-in-law Francis Mitchell. A celebration of life will be held on Saturday, April 17, 2021 from 1pm to 4pm at 11 Otter Dr., Standish, ME 04084. Arrangements are in the care of the Windham Chapel of Dolby Blais & Segee, 434 River Rd., Windham.

WINDHAM&#8212;Michael Scott Peabody, 59, passed away April 4, 2021 at his home in Windham. He was born on August 13, 1961 in Portland, Maine. Mike grew up in South Portland and enjoyed spending summers down east learning the fishing trade from... View Obituary & Service Information

The family of Michael Scott Peabody created this Life Tributes page to make it easy to share your memories.

Send flowers to the Peabody family.