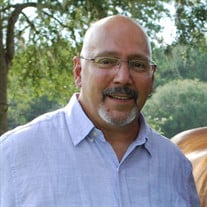 Windham - Michael “Mike” Leo Godin, 67, of Windham, Maine, passed away suddenly at his home Saturday, August 21, 2021. Mike was born May 5th 1954, the son of the late Rena Godin and survived by Joseph Godin and wife Helen. Mike graduated from Westbrook High School, class of 1973. After high school, Mike started out as an entry level auto mechanic, reaching the level of Master Technician up until a motorcycle accident brought him to early retirement. Since that time he kept himself busy tinkering in his garage and taking care of his house. He was an avid racing enthusiast. On the weekends he could be found drag racing anything from his daily driver car, to his custom built Chevy Vega and even a four-wheeler that he pieced together from spare parts. He was a member of multiple different groups from different car clubs to being a trail master for an ATV club. In his later years he got into woodworking to pass the time and also fell in love with motorcycles, which he customized just like he did everything else that he touched. Mike was a loving partner, father, son, and friend. He was known as Bumpa to his grandchildren and he loved having them visit and spending time with them. They will miss their big cuddly loveable Bumpa quite a bit. Mike could be found at home in his garage working on just about anything and everything, with his faithful dog Rondo always by his side. He was always available to anyone who stopped in with a question or needed help with their automobiles or their small engines. His knowledge was something he was always willing to share with anyone. He was very proud to be a Master Tech. Michael is survived by his loving fiancé, Terri Villacci, with whom he spent the last 13 years; his son Michael Godin and wife Kelly; his brothers, Dennis and wife Debbie, and Louis and wife Debra; and sister, Tina Foster and husband Irvin. He is also survived by several nieces, nephews and grandchildren. Memorial service will be held at 2:00 pm on Saturday, August 28, 2021 at the Windham Chapel of Dolby Blais & Segee Funeral Chapels, 434 River Road, Windham.

The family of Michael "Mike" Leo Godin created this Life Tributes page to make it easy to share your memories.

Send flowers to the Godin family.