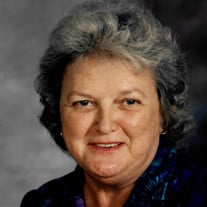 Mary L. “Mary Lou” (Rosmond) Fraser, LSW Gorham- Mary L. “Mary Lou” (Rosmond) Fraser, LSW, 87, of Gorham, passed away on February 2, 2021. She was born in Providence, Rhode Island on May 9, 1933, a daughter of Clifford L. and Edna J. (Harrington) Rosmond. Most of her childhood was spent in Rhode Island. Her favorite place to be was always the beach (any beach). She was blessed with growing up surrounded by her parents, siblings and many aunts, uncles and cousins. In 1948, Mary Lou moved with her family to Rumford, Maine when her father took a job there as the Director of The Rumford Mechanics Institute. She graduated from Stephens High School in Rumford in 1950. After graduation, she attended Farmington State Teacher’s College as a member of the Class of 1954. She made many dear friends there, who remained close until her passing. She was an active member of the Farmington Alumni Association. Mary Lou and her ex-husband moved to Gorham in 1957. Mary Lou had three children, Catherine “Cathy”, Margaret “Peggy” and Thomas “Tommy”. After her divorce in 1967, she raised her three children by herself. While working full time, she earned her B.A. in Social Welfare, graduating Magna Cum Laude from USM in 1979. She found her true calling as a Licensed Social Worker, working for Catholic Charities Maine for over 25 years. In 1973, she and a few other women formed the Rape Crisis Center, now known as Sexual Assault Response Services of Southern Maine (SARSSM). She was also one of the original counselors there. Mary Lou devoted herself to a lifetime of service, charity work and good will to others. She was active in the Gorham Democratic Town Committee, served on the Gorham Health Council, and worked as an Election Poll Worker and Ward Clerk. She served on the Boards of Deering Pavilion and the Regional Transportation Program, where she also served as an Officer and Director. She was an active volunteer with the United Way of Greater Portland. She volunteered with the Refugee Resettlement Program, helping refugees to establish better lives in this country. After retirement, Mary Lou also volunteered thousands of hours at Mercy Hospital’s State Street Desk. She was an active Parishioner of St. Anne’s Catholic Church in Gorham for over 60 years and served on the Parish Council. She was also a member St. Anne’s Peace and Social Justice Commission, Women’s Council, Bereavement Group, and Craft Club. She volunteered at the annual St. Anne’s Christmas Fair. In addition, she helped to establish the St. Anne’s annual Christmas Basket Program, providing food and gifts for needy families in the area. One of Mary Lou’s favorite songs was “The Prayer of St. Francis (Lord Make Me a Channel of Your Peace)”. Her lifetime of service exemplified that. Mary Lou was especially proud of her Irish Heritage. She will always be remembered for her classic Irish sense of humor. She was an active member of the Irish American Club of Maine. Mary Lou really enjoyed going to Trivia Night at Ri Ra’ with a group of her friends. They usually took first place! One of the high points of her life was her dream trip to Ireland that she took with her cousins in 2001. Mary Lou was predeceased by her son Tommy who was tragically killed in 1978; her parents, sister Helen Richard and brother Clifford Rosmond Jr. She is survived by her two daughters, Cathy Feeney of Westbrook and Peggy Staab and her husband Bob of Gorham; grandson Colin Staab of Windham and his fiancée, Marie Blessing; granddaughter Erica Staab of Gorham; and great grandchildren Cohen, Eveangelia, Nevaehlee and Loki. She is also survived by her brother Jim Rosmond and his wife Elaine of Wood River Junction, R.I.; and brother-in-law Gerry Richard of Cocoa Beach, FL; as well as many nieces, nephews and cousins. The family would like to thank the staff of the Shapiro Neighborhood at The Cedars for the wonderful care they gave to Mary Lou. Mass of Christian Burial 11:00am on Friday, July 16, 2021 at St. Anne's Catholic Church, 299 Main Street, Gorham. Burial to follow at Eastern Cemetery, Gorham. In lieu of flowers, please consider making a donation in her honor to one of the following: Baxter Memorial Library-71 South St. Gorham, ME 04038, https://baxterlibrary.org/support-the-library/ or Gorham Food Pantry-P.O. Box 547 Gorham, ME 04038

The family of Mary L. "Mary Lou" Fraser, LSW created this Life Tributes page to make it easy to share your memories.