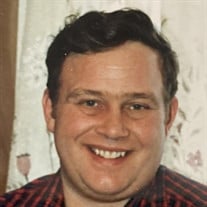 CUMBERLAND – Mark Edward Kuntz, 69, went to be with the Lord, while surrounded by loving family, on October 18, 2021. Mark was born on July 29, 1952, to John Adams Kuntz and Leola Bicknell Evans. After graduating from Deering High School where he wrestled, he went on to study at Southern Maine Vocational Technical Institute. Mark had a love for the ocean and when younger lobstered with his uncle. Mark also had a passion for farming and animals. On October 20, 1979, Mark married the love his life, Brenda Copp. They enjoyed 43 years together. Mark was a very hard worker. Including teaching himself a lot of life’s lessons, he worked for the Town of Cumberland as a police officer in the late 70’s and early 80’s and was a Town Councilor for 10 years. He worked for F.W. Webb Company for 43 years, first loading trucks in the warehouse and working his way up to salesman. Mark’s greatest passion was for the Lord. He became a pastor in 2003 and continued to share his love and knowledge for the Lord until the very end. Mark was a kind, generous and caring man who will be greatly missed by his loving wife; his brother, John “Jack” and wife, Cheryl of Portland; twin brother, Christopher and wife, Donna of New Jersey; brothers-in-law, Clayton Copp, and wife, Lucy, and Clifton Copp and wife, Lorna; sister-in-law, Diana Copp; and his church family and friends. Mark is also survived by many nieces and nephews. In addition to his parents, Mark was predeceased by his step-father, Howard Evans; brother-in-law, Bert Copp; and his wife’s parents, Clayton and Virginia Copp, whom he adored. A celebration of life will be held Tuesday, November 9, 2021 at 11:00 a.m. at Little Falls Baptist Church, Gorham, Maine.

CUMBERLAND &#8211; Mark Edward Kuntz, 69, went to be with the Lord, while surrounded by loving family, on October 18, 2021. Mark was born on July 29, 1952, to John Adams Kuntz and Leola Bicknell Evans. After graduating from Deering High School... View Obituary & Service Information

The family of Mark Edward Kuntz created this Life Tributes page to make it easy to share your memories.

Send flowers to the Kuntz family.