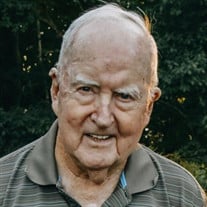 Malcolm A. Noyes died peacefully on Tuesday, September 1st, surrounded by his seven children. Malcolm was born in Portland Maine on November 24, 1929 to Charlotte and George Parker Noyes. In 1946 Malcolm enlisted in the Marines at the age of 16 and was sent to boot camp on Parris Island. After boot camp, he guarded WWII prisoners of war on the Island of Guam. He then spent the next few years in the Philippines and was then trained at Camp Pendleton in preparation for the Korean war. In 1952 he shipped to Korea with the 1st Marine Division where his unit was involved in three major battles. After returning from Korea, he enlisted in the United States Coast Guard in 1957. There he was stationed in the South Atlantic where they performed search and rescue including many rescues of Cuban refugees. He was a member of the boarding team on many drug boat seizures. While in the USCG, he was also part of many ice-breaking rescue missions including Operation Deep Freeze in Antarctica. Malcolm retired from military service in 1968 with 21 years of service to his country. He then went to work at S. D. Warren where he worked as a welder for 25 years. Not one to sit back in retirement, he then went to work as a courier for Community Health Services again, retiring again at the age of 80. Malcolm met his beloved wife Mary Jane McDonough on a blind double date, each with different dates. They were married on September 24, 1952. They moved to Westbrook in 1961 and together raised their family of seven children. Mary Jane passed away last year on September 21st. They enjoyed 67 years of togetherness. Malcolm’s love of public service has been carried over to his children, and grandchildren. It is difficult to find anyone in the family who hasn’t served the Westbrook community in some way. Malcolm served his community as a distinguished City Councilor from 1986-1989 and as a Westbrook Housing Commissioner and Board Chair for over 20 years. It was his idea to convert the old high school to the lovely Presumpscot Commons for senior housing. He also has the distinction of having a building named after him – the Malcolm A. Noyes building. Malcolm was a well-known advocate for affordable housing in Westbrook. Many people in the community would start the search for a new apartment by reaching out to Malcolm for assistance. He always answered every call and demonstrated pride in the work of his beloved Westbrook Housing. Malcolm also served his community on the Voter Registration Board, the Hamlet Coach Park Rent Justification Board of Directors, and the Public Safety Building Committee. While in his retirement years he took advantage of the GI Bill and returned to Westbrook College and earned an associate degree in Liberal Arts. At the age of 88 he was able to attend Honor Flight in Washington DC and he was particularly proud that he was accompanied by his oldest son Malcolm. Malcolm is predeceased by his brother Arthur Buddy Noyes, sisters Margaret, Shirley, Charlotte, Christine and Ninette. He leaves his children and spouses, Malcolm and Cindy Noyes, Patricia and Glenn Amico, Colleen and William Hilton, Margaret and Marc Poulin, Shirley and Bill Barker, Stephen and Gloria Noyes and Barbara Sawyer and his special niece Leslie and John Cahill. He also leaves his 19 grandchildren, Carrie, Amanda, Shannon, Anthony, Marissa, Billy, Emily, John, Cassandra, Colleen, Nick, Jesse, Erica, Isaac, Max, Lauren, Stephen, Andrea, Ashley and 22 great grandchildren. Due to Covid, the funeral services are limited. The family will host a private family only service from 4-5 on Thursday September 10th, followed by visitation from the public from 5-7. Mask and social distancing are required. A private burial for both Malcolm and Mary Jane will be held on their anniversary September 24th. Donations may be made in his honor to Northern Light Home Care & Hospice, Mercy Hospital or Westbrook Housing Resident fund.

Malcolm A. Noyes died peacefully on Tuesday, September 1st, surrounded by his seven children. Malcolm was born in Portland Maine on November 24, 1929 to Charlotte and George Parker Noyes. In 1946 Malcolm enlisted in the Marines at the age... View Obituary & Service Information

The family of Malcolm A. Noyes created this Life Tributes page to make it easy to share your memories.

Send flowers to the Noyes family.