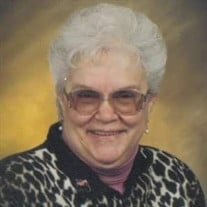 WINDHAM—L. Dianne Gerrish, 75, passed away on October 31, 2020 surrounded by her loving family. She was born June 10, 1945, a daughter of Claude and Kathleen (Denbow) Valladares. Dianne was a graduate of Portland High School. While working as a waitress at Bridgeway Restaurant in South Portland, Dianne met her future husband, Paul Gerrish. The two were married for 47 loving years. Dianne was very patriotic and a dedicated member of the American Legion Auxiliary and was even past Department President of the ALA. Dianne was also heavily devoted to the Special Olympics and was a past chairman. In consideration of Dianne’s health issues, she and Paul retired to Florida. In 2012, Dianne was a lung transplant recipient and unquestionably earned the reputation of a fighter and survivor amongst all who knew her. She enjoyed ceramics, macrame, and collecting teddy bears; she also enjoyed talking on the CB radio and her handle was affectionately known as “Teddy Bear”. By far, one of Dianne’s favorite past times was playing Bingo; she was an avid player and never missed an opportunity to play. Above all, Dianne was the matriarch of her family and loved spending time with them all. She is survived by her husband of 47 years, Paul Gerrish Sr.; children, Ted Bennett and his wife, Doreen of Windham, Keith Bennett and his partner Zach of Mechanic Falls, ME, Melissa Farris and her husband Al of Brunswick, Paul Gerrish II of Ocala, FL, and Michael Gerrish of Tucson, AZ; siblings, Peggy Capen, Angie Valladares, Brenda Valladares, Joseph Valladares, and Claudia Valladares-Noyes; five grandchildren, and three great grandchildren. She was predeceased by a son, Ed LaRoche; siblings, Amelia Valladares, James Garland and Theodore Garland. A public visitation will be held on Thursday, November 5, 2020 from 6pm to 8pm at the Windham Chapel of Dolby Blais & Segee, 434 River Rd., Windham, ME 04062. Masks are required. A private funeral will be held for family. In lieu of flowers, memorial contributions in Dianne’s name may be made to Hospice of Southern Maine, 390 US Route One, Scarborough, ME 04074.

WINDHAM&#8212;L. Dianne Gerrish, 75, passed away on October 31, 2020 surrounded by her loving family. She was born June 10, 1945, a daughter of Claude and Kathleen (Denbow) Valladares. Dianne was a graduate of Portland High School. While working... View Obituary & Service Information

The family of L. Dianne Gerrish created this Life Tributes page to make it easy to share your memories.

Send flowers to the Gerrish family.