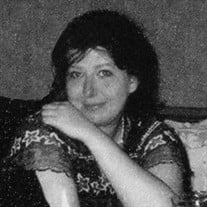 Kristina Pelletier, 51, of Spearfish, SD, formerly of Portland, ME, passed peacefully surrounded by family on October 7, 2021. Kristina was born May 1970 in Bellevue, NE and spent much of her childhood in Buxton, ME. In 1987, she moved to Lemmon, SD and in 1988 graduated from Lemmon High School. After high school, she attended Black Hills State University. Her desire for knowledge led her to the University of Southern Maine where she received a bachelor’s degree in Political Science in 1999; a bachelor’s degree in Philosophy in 2001; and a master’s degree in Education in 2005. Kristina discovered a creative passion and aptitude for marketing. Which in 2009, led her to proudly launch her business, SpearPoint Marketing. She had an innate ability to create web designs which reflected the spirit of each business she supported. Kristina loved her work and took great pride in the positive impact she made in her clients’ success. True to her heart-centered nature, she was always motivated to exceed her client’s expectations. Many of which became her life-long friends. Kristina’s belief in the afterlife and eternal existence was shaped by a lifelong study of near-death experiences. This led to her dream job as a Marketing Consultant for the International Association for Near-Death Studies (IANDS). During this time, Kristina took great joy in her impact for increasing the viewership of the IANDS Video Channel. She was immensely proud and grateful for her contributions to make the world a better place through unconditional love and overcoming the fear of death. At IANDS, she was beloved and appreciated by her colleagues for her dedication, sense of humor and exceptional marketing talent. Kristina was especially close to her cousin Laurie with whom she shared a lifelong friendship. Among Kristina’s favorite activities were visiting with family and friends, rock hunting with her Aunt Judy and a good game of Texas Holdem. Kristina was also active in politics and was entertained by initiating political discussions and debates with family and friends. Kristina enjoyed visiting her mother Linda, where she found pleasure walking and playing with her favorite dog Bailey. Kristina was cherished for her loving, generous nature and outgoing, funny personality. She had a gift for diffusing a tense and awkward situation by cracking a joke and making everyone laugh. She would never let too much time go by without staying in touch. Kristina had a generous heart and took great joy in the happiness of others. In April 2021, Kristina was diagnosed with terminal Stage IV Sarcoma. Her positive approach to this devastating news was inspiring. While Kristina was not afraid of dying, she refused “to go gently into that good night.” Kristina found comfort knowing she would be reunited with loved ones who preceded her in passing from this world: father Larry Pelletier, uncle Richard Pelletier, maternal grandparents, Fred and Clarice Johnson, and paternal grandparents Joseph and Dorothy Pelletier. Kristina leaves behind a loving family who will miss her immensely. She is survived by her mother, Linda Meyer of Sturgis, SD; a brother, Jason Pelletier (Cassie) of Gorham, ME; sister, Megan Pelletier of Biddeford, ME; stepmother Sally Pelletier and stepsister Susan Patterson of Westbrook, ME; and treasured aunts, uncles, nieces, nephews, and cousins. A Funeral Service will be held at 11:00am on Friday, October 29 at the Westbrook Chapel of Dolby, Blais & Segee Funeral Home with a burial to follow at Evergreen Cemetery.

Kristina Pelletier, 51, of Spearfish, SD, formerly of Portland, ME, passed peacefully surrounded by family on October 7, 2021. Kristina was born May 1970 in Bellevue, NE and spent much of her childhood in Buxton, ME. In 1987, she moved to Lemmon,... View Obituary & Service Information

The family of Kristina Pelletier created this Life Tributes page to make it easy to share your memories.

Send flowers to the Pelletier family.