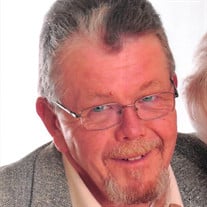 Windham Jeffrey M. Pierce, 65, of Windham, passed away peacefully at home on June 9th surrounded by his family. Jeff was born on August 23, 1955, son of Kenneth W. Pierce Sr. and Helen L. Merrifield. He attended Windham schools and graduated in 1973. He served 8 years in the Air Force, serving in England, Sicily, Florida and Arizona, returning to Windham in 1986 to raise his family. He went on to work for H.P. Hood, Prudential Insurance and Cross Insurance, retiring in 2016. Jeff was a fierce advocate for children serving on the local PTA as treasurer and president and the Maine state PTA as President. He also served several years on the Windham School Committee. His family was most important of all, endlessly keeping family together and smiling because there is no alternative. Jeff is survived by his wife Carole, daughter Jessica and husband José Salazar, granddaughters Tiana, Tália and Maya of Windham, son Ryan and wife Desiree Pierce, grandsons Wyatt and Lincoln of Windham. He is further survived by siblings Kenneth W Pierce, Jr. of Hawaii, Nicolette and Robert Erskine of Windham, Robin and Steve Thompson of Hollis, Dale Pierce of Norway, Mitchell and Rhonda Pierce of Oxford, Jocelyn and Russell Thompson of Gray, Thomas and Nancy Pierce of Perham and many nieces and nephews. He was predeceased by his mother, father and sister Andrea Pierce. A memorial service will be held at the Windham Chapel of Dolby, Blais & Segee 434 River Road, Windham, on Thursday June 17th, 2021 at 11am, followed by a graveside burial at Mayberry Cemetery in Windham. Luncheon to follow at the Windham Veteran’s Center. In lieu of flowers, you may send donations to Hospice of Southern Maine 390 US-1, Scarborough, ME 04074.

The family of Jeffrey M. Pierce created this Life Tributes page to make it easy to share your memories.

Send flowers to the Pierce family.