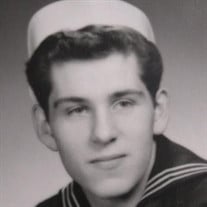 WESTBROOK—James R. Fahey, 75, passed away March 3, 2021 at Maine Medical Center with his family by his side. He was born November 30, 1945, a son of James and Madelyn (Newhall) Fahey. Jim grew up in Portland, and was a graduate of Portland High School. Following school, he proudly served in the Navy. Upon his honorable discharge he returned home to Maine, working at various jobs before becoming a firefighter with the Portland Fire Department. He spent 22 years with the Department before transferring to the City of Westbrook where he was Deputy Fire Chief for over 10 years. Jim had a true passion for civil service and was also a part-time police officer for the City Westbrook. A hard worker who took pride in providing for his family, Jim also held many other jobs; most notably the Fahey Driving Academy where he taught countless Westbrook youngsters how to drive, including his two favorite students, his children, Jim and Kelley. Some of Jim’s favorite past times include scoring bargains at yard sales, rooting for the Red Sox and watching Sunday football games, naturally cheering for the Patriots. He enjoyed the local eateries and especially liked the clam bake. Above all, Jim was a devoted family man. He was a loving father to his children, Jim Fahey and Kelley Fahey; Papa to his grandchildren Kristine Bedford and her husband Chris, Erica Bragdon, Kayla Fahey, Dianne Fahey, and James Fahey; as well as great grandchildren Isabelle, Isaiah, Kylee, and Jameson. He is also survived by his long time best friend Mike Sanphy, and his “other” son, Steve Webster as well as his former wife Sandra Smith Fahey. Jim also leaves behind his niece, Lisa Rouse and her husband Rick, and his nephews, Steve Crocker and his wife Lori. He was predeceased by his sister Pat Meikle. The family will be holding a private service. Public visitation will be held on Monday, March 8 from 4pm to 7pm at the Westbrook Chapel of Dolby Blais & Segee, 35 Church St., Westbrook. In lieu of flowers, memorial donations in Jim’s name can be made to: Maine Cancer Society, https://www.cancer.org/about-us/local/maine.html Burial will take place in the spring at Woodlawn Cemetery. To express condolences or participate in Jim’s online tribute, please visit www.DolbyBlaisSegee.com.

WESTBROOK&#8212;James R. Fahey, 75, passed away March 3, 2021 at Maine Medical Center with his family by his side. He was born November 30, 1945, a son of James and Madelyn (Newhall) Fahey. Jim grew up in Portland, and was a graduate of Portland... View Obituary & Service Information

The family of James R. Fahey created this Life Tributes page to make it easy to share your memories.

Send flowers to the Fahey family.