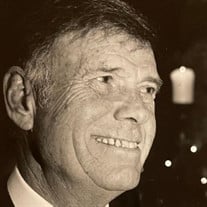 WINDHAM - James Arthur Call, 80, passed away on May 7, 2022 after a long illness. He was born in Freeport, ME on December 16, 1941, the son of Ralph and Edith (Williams) Call. Jim graduated from Freeport High School, Class of 1960. His basketball skills assisted his teams in winning two state championships during his high school career. Jim then attended Norwich University, in Vermont where he continued his basketball career. As a Distinguished Military Student, he chose to commission in the Army. During his two years of active duty service he was stationed in Germany where he served as a transportation and medical supply officer. His wife and grade school sweetheart, Molly Coffin was able to join him and his son, Kevin was born there. He and his family returned to the States, where Jim continued to serve his country in the Army Reserves, retiring as a Lieutenant Colonel. Once back in Maine, Jim taught in Auburn, and Freeport, and finally at Windham High School as a biology teacher where he taught for 27 years, in addition to serving as athletic director, student council advisor, and driver’s education instructor. Jim and Molly happily raised their children, Kevin and Mary Jane in Windham. Sadly, Molly passed away after 27 years of marriage. Jim was a kind, respected, and impactful teacher who shaped hundreds of student’s lives. He enjoyed wooden boats, clock making, woodworking, collecting antiques, puttering on his tractors, playing cards, and building houses. Later in life Jim enjoyed traveling to Alaska with his son, spending time at the family camp in Freeport, sawing lumber, cutting firewood, and especially spending time with his grandchildren, Molly and Owen. Jim was their number one fan, attending all of their sporting events, he was so proud of them. In addition to his parents, he was predeceased by his wife, Molly (Coffin) Call. He is survived by his son, Kevin Call and his wife, Robyn, of Windham; his daughter, Mary Jane Call and her husband, Kevin Partridge, of Cumberland; and grandchildren, Molly and Owen Partridge. The family thanks the staff at the Maine Veterans Home-Scarborough, for the loving care that Jim received. Visiting hours will be held 4-6 p.m., Thursday, May 12, 2022 at the Windham Chapel of Dolby, Blais & Segee, 434 River Road, where a funeral service will be held at 6 p.m. Burial at Grove Cemetery, 67 Pleasant Hill Road, Freeport will be private for family. A Celebration of Life will be held 2 p.m., Friday, May 13, 2022, at the Barn on Walnut Hill, 655 Walnut Hill Rd., North Yarmouth, ME 04097. In lieu of flowers, those who wish may make donations in Jim’s name to Maine Veterans Home-Scarborough, 290 US-1, Scarborough, ME 04074.

WINDHAM - James Arthur Call, 80, passed away on May 7, 2022 after a long illness. He was born in Freeport, ME on December 16, 1941, the son of Ralph and Edith (Williams) Call. Jim graduated from Freeport High School, Class of 1960. His... View Obituary & Service Information

The family of James Arthur Call created this Life Tributes page to make it easy to share your memories.

Send flowers to the Call family.