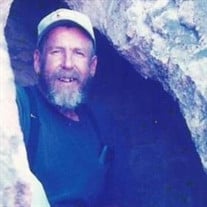 GORHAM - Jack Thomas Gordon passed away peacefully December 13, 2020 at Gosnell Memorial Hospice. He was born on January 25, 1947, son of Robert and Phyllis Morrell Gordon. He grew up and remained on the family dairy farm, Findview Farm. As a child, he was involved in the 4-H and FFA programs which went along with his love of farming. In 1968, he married Carol Porell and they went on to have four daughters. Though he may have hoped for a son, he took his daughters under his wing, teaching them the lessons of hard work on a farm. This would definitely benefit him in later years. Jack was diagnosed with emphysema at the young age of 29. It would later be diagnosed as Alpha One Antitrypsin Deficiency. Although, in later years he would eventually go on oxygen, he never let it slow him down. Tractors were adapted so he could carry his oxygen bottle while helping with the haying. While he was a dairy farmer, his true passion was working the land on his tractors. In the winter months, he would work on the equipment and tractors in his small work garage to have them all ready for spring when they were needed again. Due to his declining health and his two older girls going off to college, he sold his milking cows in 1989. He continued to work the land making hay to sell to some local horse farms and to feed the heifers he had not sold. His daughter, Jennifer graduated from college and came home to milk cows and help in the hay fields once again. He worked as her partner and mentor from then on out. When he was not working, his hobby was guns. He loved to hunt, especially deer hunting. Something he started with his father and continued with his grandsons. He also enjoyed skeet and trap shooting, first hosting the local 4-H Club to skeet shoot from his house, to participating in local and regional trap competitions. He at one time had quite the gun collection. In the 1990’s he started going out west for the winter months in search of warmer weather for his health. The first few years, he would haul his camper out and park in his sister’s yard in Dell City, Texas. When Carol retired, she joined him in the winter months, moving to and eventually buying a winter home in Salome, AZ. Maine Man Jack as he was known out there, was in heaven. He was a fan of western movies and the landscape out there was what he pictured. He, in his Geo Tracker, and some of his friends would spend day after day, riding in the desert to see what “treasures” they might find. While he loved the climate in AZ, as spring started to come around, he was on the road back to Maine to start the spring and summer season on the farm. The last few years of his life, his breathing was really taking its toll. When he found that climbing up on a tractor was something he really couldn’t do anymore, he took to driving around the fields, watching the haying crew like a hawk and offering advice whether they needed it or not. Not only was he watching what family was doing but was known to be checking up on some of the neighboring farms. Many came to look forward to him driving in to watch or for a quick gab session. He knew what everyone was doing and would report back to the farm. He will be fondly remembered by his nieces and nephews for his poker and cribbage playing skills. Many looked forward to visiting with him and playing a game or two. Jack was predeceased by his parents; his brother, Joseph; and his sister, Donna. Jack is survived by his wife, Carol of 52 years; and by his two sisters, Cheryl Paul (Richard) of Addison, Maine, and Roberta Libby (Wayne) of Anson, Maine. He is also survived by his daughters, Jennifer Grant (Jeffrey) of Gorham, Judith Mandile (Steve) of Gray, Jessica Mauldin (partner Marco Malocsay) of Vacaville CA, and Joanna Gordon (fiancé Joe Butler) of Gorham. Grandchildren, Thomas (Rachel) Grant, Samantha Grant, Travis Grant, Tyler Goodwin, Kailey Mauldin, Luke Goodwin, Alissa Mauldin, Chloe Goodwin, and Jacklyn Butler. And many nieces and nephews. The family would like to thank the Gorham Rescue EMT’s and the staff at Maine Medical Center for all their kindness with a bit of ribbing on the side. There will be no celebration of life at this time. The family hopes to spread his ashes over the farm next summer as were his wishes. Anyone interested in donating in Jack’s honor can do so to the Alpha One Foundation, at Alpha1.org or Scarborough Fish and Game, 21 Fish and Game Lane, Scarborough, Maine 04074.

GORHAM - Jack Thomas Gordon passed away peacefully December 13, 2020 at Gosnell Memorial Hospice. He was born on January 25, 1947, son of Robert and Phyllis Morrell Gordon. He grew up and remained on the family dairy farm, Findview Farm. As... View Obituary & Service Information

The family of Jack Thomas Gordon created this Life Tributes page to make it easy to share your memories.

Send flowers to the Gordon family.