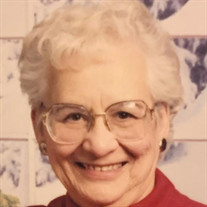 Buxton Helen Grace Thorne (Walker), 91 passed away peacefully on Saturday, November 27 with family by her side at The Barron Center where she resided for the last 9 years. She was born on June 23, 1930, in Mechanic Falls, Maine. The daughter of the late Wendell Walker and Helena Gonyea. She worked for over 20 years at GTE Sylvania were she retired when she was 62. Helen married George Tucker in 1949. They were married for 21 years. Helen later married Jack Malley and moved to Puyallup, Washington. Helen later moved back to Maine where she then married Donald Thorne and resided in Standish until Donald passed. Helen moved to Limington where she shared her home with her companion Bud Sawyer for many years prior to his passing. Prior to moving into the Barron Center, Helen lived in Buxton with her son and daughter in law. At that time, she was diagnosed with stomach cancer along with Alzheimer’s. She loved being around her family and taking care of her grandchildren and great grandchildren. While married to Donald, Helen was a member of the local snowmobile club. She was also involved with The Sisters of the Belles while married to George. She was part of several bowling leagues and enjoyed the comradery of being around involved with these groups. In her younger years, Helen was also known to enjoy a night out of dancing, doing the polka would be something that you could watch her partake in. Helen loved cooking and her old family recipe of yankee notions was by far her favorite to make for her family. In addition to her parents and husbands, she was predeceased by her siblings, Bernard (Bunny) Walker, Jeanette Harsom, Theodore (Teddy) Belanger, Linwood (Lindy) Walker, Henry (Little Henry) Walker. Helen is survived by her oldest brother Allen Walker and sister Evelyn Strout along with her children, Reginald Tucker and wife Vicki, Bonnie Seneca and husband Sil, Timothy Tucker and wife Jackie. Along with many grandchildren and great grandchildren. We would like to give a special thank you to all of the people at the Barron Center for providing such great care and loving Helen for the last 9 years of her life. A funeral service will be held at the Windham Chapel of Dolby Blais & Segee 434 River Road Windham on Saturday December 4 at 1:00 pm. Followed by a graveside service immediately following at Hillside Cemetery. In lieu of flowers, the family requests that you make a donation to the Barron Center Residential Benefit Fund, 1145 Brighton Avenue, Portland Maine 04102 in support of other residence that may need some addition assistance for care.

Buxton Helen Grace Thorne (Walker), 91 passed away peacefully on Saturday, November 27 with family by her side at The Barron Center where she resided for the last 9 years. She was born on June 23, 1930, in Mechanic Falls, Maine. The daughter... View Obituary & Service Information

The family of Helen Grace Thorne created this Life Tributes page to make it easy to share your memories.

Send flowers to the Thorne family.