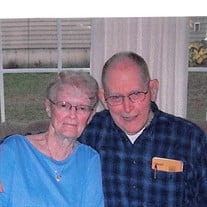 SCARBOROUGH – George E. Johnson, 92, of Scarborough passed away on Sunday, December 20, 2020 at Gosnell Memorial Hospice House. He was born in West Scarborough, the only son of Peter T. and Harriette C. (Ahlquist) Johnson and attended local schools. Mr. Johnson proudly served in the U.S. Marine Corps during World War II and the Korean War. He received an honorable discharge as Captain. In 1950, he graduated from the University of Maine at Orono with an Agricultural certificate. On October 9, 1954, he married the former Ann L. Hunnewell. Mr. Johnson was the first State of Maine helicopter pilot. He was a retired ranger and pilot from the Maine Forest Service. From 1959 until 1978, he was stationed at Greenville, ME, then moved to Sarborough, ME in 1978. He was a member of the First Lutheran Church in Portland and the Marine Corps League, long time Mason, and patron of the Eastern Star. He was predeceased by his three older sisters, Marion Berry, Margaret Hill, and Karine Effinger; and granddaughter, Jessica. In addition to his wife, Ann L. Johnson; he is survived by his daughter, Karen Bowen Pooler and her husband, Glen; grandson, Adam Bowen and his wife, Shannon and their son, Aiden; son, Stephen, granddaughter, Natalie; great-grandson, Kameron; nieces, nephews, and their children. The family would like to extend a sincere thank you to the doctors and nurses of Maine Medical Center, especially R2, and to to the staff of Gosnell Memorial Hospice House for their care and compassion. A private graveside service will be held at the family lot in Evergreen Cemetery, Portland at a later date.

SCARBOROUGH &#8211; George E. Johnson, 92, of Scarborough passed away on Sunday, December 20, 2020 at Gosnell Memorial Hospice House. He was born in West Scarborough, the only son of Peter T. and Harriette C. (Ahlquist) Johnson and attended... View Obituary & Service Information

The family of George E. Johnson created this Life Tributes page to make it easy to share your memories.

Send flowers to the Johnson family.