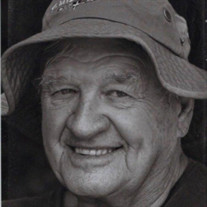 Francis Ronald “Ron” Aubrey Sr., 81, passed away peacefully on August 5, 2020, at home in Scarborough, Maine, surrounded by his loving family. Ron was born in Lowell, Massachusetts, the eldest son of Chester and Helen (Christoune) Aubrey. He graduated from Chelmsford High School and attended Suffolk University in Massachusetts. Ron often reminisced about the many mischievous adventures growing up on Crystal Lake in Chelmsford. Beginning at an early age, he enjoyed making people laugh, whether by joke or prank, which sometimes got him into a little trouble at school. He was fortunate to have understanding teachers who appreciated his humor and guided his energy toward sports. Ron was a great athlete and played football, basketball and baseball throughout high school. His senior year he received the award for the senior who contributed the most to the school community. Ron made lifelong friends in Chelmsford and always looked forward to spending time with his classmates at class reunions. Meeting on a blind date, Ron had the good fortune of being introduced to the love of his life, Letty Cochrane. They were married on July 1, 1961, after Letty completed nursing school. They started their life together in their “little white cottage” in Chelmsford, where they welcomed their first child, Suzanne. During the years that followed they resided in Maine, New Hampshire and Massachusetts as they added to their family, welcoming Laurel, Ron Jr. and Eric to their lives. They eventually made Letty’s home state of Maine their final residence in 1970. Family was the most important thing to Ron, and his greatest joys in life were being a father and grandfather. Having experienced the early death of his father when Ron was 13 shaped his future and made him appreciate the true rewards fatherhood brings. He had a youthful and playful spirit and boundless energy, which served him well as a coach for his children’s sports teams. He was active in youth baseball and hockey organizations and enjoyed traveling around the country to watch his son, Ron Jr., play hockey professionally. Ron also had the good fortune to coach his grandchildren’s hockey and softball teams during his retirement. Whether coaching or being on the sidelines, he could always be found at their school events or games; he also could be heard coaching and cheering from those sidelines! Ron entered the work force as a paperboy at the age of nine. At the age of fourteen, his career progressed to being a pin boy, setting up pins at night at the local bowling alley. As an adult, Ron spent several years managing restaurants. He spent the majority of his career working in the drywall business and started Aubrey Drywall in 1975, retiring in 1993. In retirement he had the gift of time with his grandchildren as he provided their childcare. He often referred to his grandchildren as his “second round of kids.” Ron truly was a kid at heart, which made him a great playmate! Being a true outdoorsman, Ron enjoyed hunting, fishing, digging clams and spending time on the water. He always looked forward to his annual hunting trip, more to be with his friends at the camp and walk in the woods than to hunt. He was a member of the Elks Lodge and the Moose Lodge. He loved playing golf and being on the course with family and friends, and he always looked forward to the Elks golf tournaments. He enjoyed cooking and baking and was generous in sharing his homemade needhams with anyone who crossed his path, turning acquaintances into lifelong friends. Ron was an avid gardener and took pride in the beauty he created in his yard. He enjoyed growing roses to give to his wife. He wanted people to know that he cared about them and that they counted. Ron led a full life that was extended by the superior care he received from the many doctors and nurses who appreciated his great humor and love for life. While too numerous to thank them all here, a heartfelt thanks to Dr. Karle Sze, Dr. Julie Cekleniak, Dr. Hank Sesselberg and Dr. Jonathan Zuckerman, and a special thanks to Dr. Chuck Carpenter. Ron is survived by his beloved and devoted wife of 59 years, Letty Aubrey; his daughters, Suzanne Joyce and husband Joseph, Laurel Aubrey and husband Philip Hannan III, Ronald Aubrey Jr. and wife Vicki, Eric Aubrey and wife Gina; his grandchildren, Kaitlyn, Colin, Aubrey, Hunter, Skylyn, Romy, Elizabeth, Grace and William; his brother Roger Aubrey and wife Georgette, his sister Paula Moore and husband John, and sisters-in-law Karen Aubrey, Janice Morin, and Deborah White and her husband Philip. He also is survived by many nieces and nephews. He was predeceased by his parents and brother, Robert Aubrey. Visiting hours will be from 1 to 3 PM and 6 to 8 PM on Tuesday, August 11, 2020 at Dolby, Blais and Segee, 35 Church St., Westbrook, Maine. The family requests that you please wear a mask. Due to the COVID pandemic, the funeral Mass will be private. In lieu of flowers, please consider a donation to Project G.R.A.C.E, Scarborough, ME

The family of Francis Ronald "Ron" Aubrey Sr. created this Life Tributes page to make it easy to share your memories.

Send flowers to the Aubrey family.