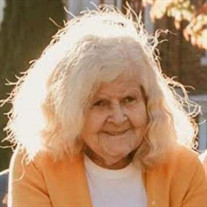 Frances “Fran” G. Grubb, 76, died September 2, 2021 after a brief battle with cancer. She was born in Portland on July 28, 1945, daughter of the late George O. and Marion T. (Clark) Baker. Frances attended Falmouth High School. She was a seamstress. Frances enjoyed sewing, quilting, and crochet, she was very crafty. Her greatest joy was being a mom, grandma, and great-grandma. In addition to her parents, she was predeceased by her husband, LeRoy Grubb; sisters, Ruthie, and Georganna; and brother, Harry. She is survived by her sons, John Cunningham and his wife, Deanna of Standish, Roger Cunningham of Waterboro, David Cunningham and wife, Suzy of Windham; daughters, Diana Grubb of Gray, and Roylene Moore of Portland; many grandchildren and great-grandchildren; brothers, Howard Baker and his wife, Helen of Standish, John Baker and his wife, Jean of Westbrook, Richard Baker and his wife, Jane of Portland, Arthur Baker and his wife, Cindy of Florida, Bobby Baker and his wife, Sandy of Michigan, George Baker and his wife, Maxine of New Glouster; sisters, Barbara Landean of Biddeford, Dorothy Lewis and her husband, Steve of Oxford, and Margaret Allen and her husband, Percy of Nevada. The family would like to thank Hospice of Southern Maine for all that they did for Fran. Burial will be announced at a later date. A celebration of life will be held at John’s home in Standish on September 26, 2021.

The family of Frances G. Grubb created this Life Tributes page to make it easy to share your memories.

Send flowers to the Grubb family.