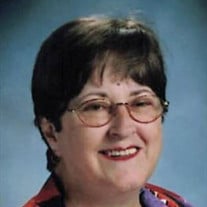 Westbrook Donna Ann Higgins, 80, died October 3, 2021, at home after a short battle with lung cancer. She was born April 10, 1941, in Portland, the daughter of the late Arthur and Fern Semple and step-daughter to June Semple. Donna graduated from Westbrook High School, with honors, class of 1959. Following school she married Gordon Higgins and they had two children Brian and Kim. Donna enjoyed a career with the Westbrook School department at the Westbrook Junior High as the head secretary to the principal for 23 years. After retiring from the school department Donna went to work for the Westbrook Housing Authority until she retired in March of 2021. Donna was a devout parishioner of St. Hyacinth Catholic Church and was a dedicated member of the church choir, and folk group, In addition to her parents and step mother Donna was predeceased by her former spouse, Gordon Higgins; and her nephew Jeffrey Waterhouse. She is survived by her children, Brian Higgins, and Kimberly (Higgins) Whitten and her husband Michael; sister, Judith (Semple) Waterhouse and her husband Steven, their daughter Holly (Waterhouse) Fortier and her husband Mark, along with their two children Kathryn and Mathew. Donna’s family wishes to thank Maine Medical Center and Northern Light Homecare and Hospice for the loving care that Donna received during her illness. Visiting hours will be held from 5:00 – 7:00PM Tuesday October 12, at the Westbrook Chapel of Dolby, Blais & Segee, 35 Church Street, Westbrook. A Mass of Christian Burial will be celebrated at 11:00AM Wednesday October 13, at St. Anthony of Padua Parish, St. Hyacinth Church, 268 Brown Street, Westbrook. Interment will follow at St. Hyacinth Cemetery, Stroudwater Street, Westbrook. in lieu of flowers a donation can be made to the Greater Portland Animal Refuge League 217 Landing Rd., Westbrook, 04092.

Westbrook Donna Ann Higgins, 80, died October 3, 2021, at home after a short battle with lung cancer. She was born April 10, 1941, in Portland, the daughter of the late Arthur and Fern Semple and step-daughter to June Semple. Donna graduated... View Obituary & Service Information

The family of Donna Ann Higgins created this Life Tributes page to make it easy to share your memories.

Send flowers to the Higgins family.