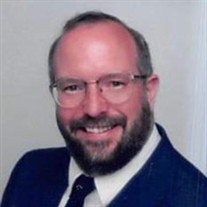 Donald Chadbourne Littlefield, 60, passed away peacefully at Gosnell Memorial Hospice House on April 24th, 2021 with his wife & son by his side after a brief battle with pancreatic cancer. Don was born in Portland on October 9, 1960, the fourth child and baby of the family, to Maurice Bragdon and Virginia Brown Littlefield. He attended Portland Schools until 7th grade and then North Yarmouth Academy. He was a 1980 graduate of Sanford High School. He met his wife, Tracy, at Carbur’s Restaurant for dinner in October 1988. They were engaged a month later and married six months after that on May 6, 1989. They have one son, Nate. They resided in Saco until 1999 then moved to Scarborough. Don worked with his parents in the family business, Bragdon’s Hardware on Exchange Street in Portland. He then moved the hardware store to Cape Elizabeth, in 1988. In 1993, he bought Sportsman’s Hardware in Westbrook. He and Tracy ran the store together. He started Littlefield Stump Grinding in 2010 as a chance to get outside more. Always the entrepreneur, he also started Maine Snow Rake. Don was active with the Masons, Kora Shriners and Scottish Rite. He was voted Master of Preble Lodge and raised to the degree of Master Mason in January, 1992. Don loved his Harley Davidson and he and Tracy took some amazing trips on it: Niagara Falls, Quebec, Fort Ticonderoga, Camp Meade in Vermont and just riding to Old Orchard in the summer. He was very active in Boy Scouts, having been an Assistant Scoutmaster with Troop 317 in Sanford and Troop 47 in Scarborough. He was awarded the District Award of Merit in 2009, the Silver Beaver Award in 2014, which is the council-level distinguished service award, A Hinds Key recipient, 2016 because he gave so much to Camp Hinds in Raymond. He was President of Hinds Alumni & Friends. One of his proudest moments was seeing his son, Nate, achieve the rank of Eagle Scout in 2014. He loved spending time at Camp Littlefield on Estes Lake in South Sanford, fishing & boating and just relaxing. He is survived by the love of his life, Tracy Swissler Littlefield, the apple of his eye, Nathaniel Joseph Littlefield ,his beloved Corgi, Hubert, brother John Littlefield & wife Breeta, of The Villages, FL, sister Jane Frankland and husband Gary, of Lyman, ME, brother Howard Littlefield and wife Jacinthe , of Jacksonville, FL, and many cousins, nieces , nephews. Visiting hours will be Thursday, April 29 from 5:00pm-8:00pm at Dolby Blais & Segee, 35 Church Street, Westbrook. A service is scheduled for Friday, April 30, at 10AM with a Masonic Funeral to follow at the Funeral Home. Don’s ashes will be scattered at a later date privately with his family. Those who wish may make memorial contributions in Don’s memory to Preble Lodge, #143 16 Elm Street, Sanford, Maine 04073 or Hinds Alumni & Friends , 146 Plains Road, Raymond, Maine 04071. May the Great Scoutmaster keep Don in His Hands. To attend a livestream of Don's service at 10:00am on Friday April 30th, please follow the zoom link below https://zoom.us/j/91069093430

Donald Chadbourne Littlefield, 60, passed away peacefully at Gosnell Memorial Hospice House on April 24th, 2021 with his wife & son by his side after a brief battle with pancreatic cancer. Don was born in Portland on October 9, 1960, the fourth... View Obituary & Service Information

The family of Donald C. Littlefield created this Life Tributes page to make it easy to share your memories.

Send flowers to the Littlefield family.