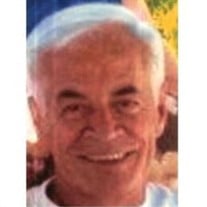 PORTLAND—Donald Camille Delisle, 84, passed away January 11, 2021 at the Baron Center in Portland. He was born August 29, 1936, a son of Maurice and Alice (LaBrecque) Delisle. Don grew up in Westbrook, graduating from Westbrook High School in the class of 1956. On June 13, 1959, he married Judy Leighton. Don was enlisted in the Air Force Reserves and was called to duty during the Cuban Crisis in 1960, when he was stationed in Schenectady, New York. Following his active duty, Don and Judy moved back to Maine, and raised a family. Don was employed at SD Warren for 42 years, retiring as a supervisor in the Purchasing Department. Don had many hobbies and interests including bowling, golfing, watching the Red Sox and Patriots, and loving on his animals. He took pride in maintaining his home and property, meticulously caring for the landscape. Don was a skilled and accomplished woodworker who enjoyed making furniture and other items for his family. He will be remembered as a good natured man who loved his friends and family dearly. He is survived by his wife, Judy Delisle; daughters, Robin Knaup and her husband Michael, Theresa Mack and her partner George Robinson, and Pamela Gillingham and her husband Steven; his sister Reinette Walker and her husband Norman, and a brother in law Stephen Nichols; grandchildren, Kelle Potter and her husband Ed, Christopher Knaup and his wife Molly, Chad Mack and his wife Tiffany, Evan Gillingham and Sydney Gillingham; great grandchildren, Max Potter, Caleb Potter, Ashleigh Potter, Felicity Knaup Adelaide Knaup and Charlie Knaup; as well as many nieces and nephews. He was predeceased by his parents; his step-father Wesley Shaw; siblings, Anita Nichols, Conrad Delisle, and baby brother Raymond Delisle. A graveside service will be held at Brooklawn Memorial Park in the spring. In lieu of flowers, memorial contributions in Don’s name may be made to the Animal Refuge League of Greater Portland at https://arlgp.org/ OR The Hope JG Foundation at https://www.hope-jg.org/. Arrangements are in the care of the Westbrook Chapel of Dolby Blais & Segee, 35 Church St., Westbrook, ME 04092

PORTLAND&#8212;Donald Camille Delisle, 84, passed away January 11, 2021 at the Baron Center in Portland. He was born August 29, 1936, a son of Maurice and Alice (LaBrecque) Delisle. Don grew up in Westbrook, graduating from Westbrook High School... View Obituary & Service Information

The family of Donald "Don" Camille Delisle created this Life Tributes page to make it easy to share your memories.

Send flowers to the Delisle family.