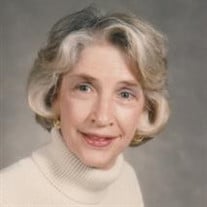 CASCO/WINDHAM – Deborah Dean Pennels , 84, died peacefully at Falmouth House at OceanView, in Falmouth on January 14, 2021. Born in Woodbury, New Jersey on March 4th, 1936 to John C. and Barbara W. Dean, she grew up in Port Washington, NY and Wellesley, MA. Upon graduating from High School in 1953, Debbie earned a BA in Sociology from Wheaton College, Norton, MA in 1957. After a whirlwind tour of Europe, she settled into a small coach house in Greenwich Village, NYC and worked for New York Life Insurance Company until meeting and marrying Stuart A. Pennels (deceased) in 1958. The first few years of married life were hectic as they had two children in quick succession, Stuart A (Toby) Pennels (deceased) in 1959 and a daughter, Melissa Pennels Best in 1961. Then, having spent several years navigating corporate America and moving from NYC to Chicago, on to Houston, back to Chicago, west to Seattle and south to San Francisco, they eventually decided enough was enough and headed to Maine to put down firm roots in 1970. Initially settling in Windham, Debbie volunteered at the Windham Library for years, was a member of the Windham Hill Club and practically a founding member of St. Ann’s Episcopal Church in Windham. St Ann’s Church would play a pivotal role in Debbie’s life as she served on numerous committees over the years, with the organization of St Ann’s monthly involvement with the Preble Street Soup kitchen probably closest to her heart. She will also forever be remembered for her secondhand clothes and jewelry stall at St. Ann’s annual Christmas Fair along with her famous button bracelets. Debbie had a passion for fashion and made her own clothes for years. She was also an avid reader, enjoyed gardening and loved to travel. A three-month around the world trip in her 60’s was a highlight of her life and she continued to travel well into her 80’s with regular with trips to Greece and the UK to see her daughter and grandchildren an excellent excuse. But the call of Maine and the beauty of her house on Sebago Lake in Casco always brought her home again. She was particularly delighted to find herself a great-grandmother recently and not being able to hold little Phoebe in her arms over the last year because of the Covid pandemic was a huge regret. A sweet, generous soul who touched many lives, Debbie will be greatly missed by all who knew and loved her. Debbie was predeceased by her husband, Stu and son, Toby as well as her only sibling, Elizabeth Dean Schechter. She is survived by her daughter, Melissa Best and her husband, Chris of Sevenoaks, England, her daughter-in-law, Brenda Mierzejewski Pennels of Scarborough, ME; Grandchildren Taylor Pennels Taliaferro and her husband Ross and their daughter, Phoebe, of Freeport, ME, Peter Best and his fiancé, Emma Woodham, of Bristol, England, Jordan Pennels and her partner, Colin Doherty, of Londonderry, NH, Alexandra Best Sherston and her husband, Jasper, of London, England and Shawn Pennels and his fiancé, Kait O’Connell, of Weymouth, MA. The family would like to extend their gratitude and thanks to the staff and residents of Falmouth House at OceanView for the care, love and friendship they have provided over the last three years and to her two more recent personal caregivers from Comfort Keepers. A celebration of Debbie’s life and funeral service will be held at a later date. In lieu of flowers, donations may be made in memory of Deborah Pennels to St. Ann’s Episcopal Church, Windham. To express condolences or to participate in Debbie’s online tribute please visit www.DolbyBlaisSegee.com

The family of Deborah Dean Pennels created this Life Tributes page to make it easy to share your memories.

Send flowers to the Pennels family.