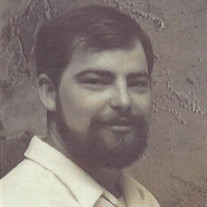 Gorham - David Scott Willey, 68, passed away on Sunday, Jan. 16th, 2022 from Covid. He was born in Portland, the son of Barbara and David G. Willey. He lived his life in Gorham and Standish and went thru the Gorham school system graduating from GHS in 1972. While at the high school he was a member of the State champion cross country teams - the teams were undefeated in many of those years! He made his mark on the track team as a 2-miler. While not a soccer player he also followed the state & New England champ Soccer team - Go Rams! After a year of finding his way in life, he joined the Navy in 1973. He was on the USS Ben Franklin SN-640 submarine as an ETN (an electronic technician) from 1974 to 1977. This was the beginning of his career in electronics. He earned many commendations for the accuracy to targets of missile tests from the North Atlantic to the South Atlantic. Being underwater for months on end he was part of the close knit crew and many stories of where he went - Rota, Spain was their base in Europe, but it seems they wandered further north closer to other countries' shores. While on the sub it seems they had a little Russian brother that followed them around the Atlantic. After his time on the submarine, his time was spent on an ocean research vessel, USNS Hess from late 1977 to April 1979 involved in navigation/sonar, in the Pacific, spending time in Hawaii and Japan. While in Japan he developed his love of food and cooking. While in Hawaii he splurged on lobster and got only the tail. He proceeded to inform the waiter and chef that he was from Maine and they forgot the other half. During both his time on submarines and the research vessel it seems there were encounters with our Russian friends. Some explained and some left hanging. But it seems the encounters led to disapproval from the Russians, something about national security complains against us! They didn't seem to enjoy the joke! Maybe this is where his nickname "Maddog" came from. By the time he left the Navy he earned the rank of Electronics Technician Petty Officer First Class with Top Secret clearance. After he left the Navy he started his work life at National Semiconductor (Fairchild) from 1979 - 1998 as an Equipment Technician and at Artel Inc. from 1998 - 2004 as Electromechanical Technician/Quality Control Supervisor. He made his mark by exacting measurements and calculations. He was called on many times to fix machines others couldn't. His love of food was all things Italian, Japanese (sak, sushi) and anything HOT! But don't forget his love of Maine seafood - his love of Huots clam cakes, onion rings, and chowder. When in the mood he would cook a roast with all the fixings. He loved 'the oldies' and could name all kinds of music history. CSN, The Rolling Stones, Eric Clapton, and Paul McCartney and Chicago at Hill Gym of Gorham State College were concerts we went to. While in the Navy in Norfork he was invited to an after party with Alice Cooper - Alice is a big backer of the Navy. He graduated from Southern Maine Community College (SMTC) in 1995 with an Associates Degree in 'Technical Graphics and Design Technology'. He was predeceased by his parents, both sets of grandparents, and aunts, uncles, and cousins. He leaves behind his sister, Judi Anderson, and his brother, Richard Willey and his wife Kathy, and his niece and nephew, their spouses and their children. He also leaves behind his cousins 'The Southern Willeys' and their spouses and children and a cousin in Gorham and Florida. Pets will be missed dearly! To his friends at Memory Lane, Sebago (Elm Street), and Junction Bowl with their trivia teams and many great conversations. His 2 flip phones and 2 pairs of glasses will always be remembered. The last 13 years have been tough - beating 3 cancers and a liver transplant. It took Covid to beat him. We would like to thank Mercy hospital and the doctors, nurses, and staff for the care they provided. In lieu of flowers, donations in Scott's memory, please donate to: Maine Cancer Foundation, 170 US Route 1 #250, Falmouth, Me 04105 or Animal Refuge League of Greater Portland, 217 Landing Rd, Westbrook, Me 04092 or Barbara Bush Children's Hospital, 22 Bramhall St, Portland, Me 04102. For all of you who are near to Maine, visiting hours will be Wednesday, Jan 26th, from 5 - 7 pm at Dolby, Blais & Segee at 76 State Street, Gorham, ME and burial in the spring will be announced at a later date. We are asking, because of the current COVID situation, that all persons please wear masks while inside the building.

Gorham - David Scott Willey, 68, passed away on Sunday, Jan. 16th, 2022 from Covid. He was born in Portland, the son of Barbara and David G. Willey. He lived his life in Gorham and Standish and went thru the Gorham school system graduating... View Obituary & Service Information

The family of David Scott Willey created this Life Tributes page to make it easy to share your memories.

Send flowers to the Willey family.