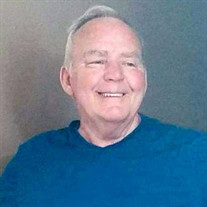 David Herbert Rowe 76, of Gorham, died unexpectedly January 20th, 2022 at Maine Medical, he was born March 18th, 1945 in Scarborough, the son of Frank Rowe and Thelma (Pennel) Rowe. David graduated from Scarborough in 1963. After graduation he married his high school sweet heart Patricia Helen Greenleaf in March of 1964. David joined US Air Force before marriage and went for training in Texas to become an air plane mechanic, then moved to Otis Air Force Base in Boston. He served in the Vietnam War as an air plane mechanic and continued after the war working on planes for 10 years. He served 13 years of guard duty teaching others to drive the trucks and work on them too. After retirement from Air Force he worked at S.D.Warren as a Senior lab Technician and work on the paper machines. In 2006 he retired from S.D. Warren and went on to be a well-known clock smith and antique dealer. David and his wife of 55 years settled in Gorham after he retired from the Airforce. David was a loyal member of local American Legion and Little Falls Baptist Church. In addition to parents, he was predeceased by sister Carolyn; brothers, Gen and Freddy and his son, Ernest. Surviving in addition to his wife Patricia (Greenleaf) Rowe is his daughter, Faith, and her lifelong partner who he called his son, Gregory MacDowell, of Gorham; four granddaughters whom he loved dearly Chasity, Chantal, Ashley, and Britney. He also leaves behind the 14 beautiful grandchildren Aaliyah, Cimera,Jordan, Willow, Tiana, Molly, Hunter, Ava, David, Michael and Mechelle, Andrew, Rae and Rickey. The family thanks the staff at Maine Medical Center for the loving care David received while there. Visiting Hours will be held on Friday, January 28, from 4:00-6:00pm with a service starting at 6:00pm at Dolby, Blais & Segee, 434 River Rd., Windham. A graveside service will be held 10:30 a.m., Saturday, May 28, 2022 at Eastern Cemetery, Gorham.

The family of David Herbert Rowe created this Life Tributes page to make it easy to share your memories.

Send flowers to the Rowe family.