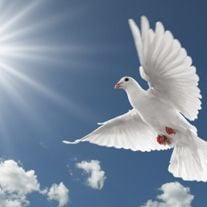 WINDHAM - Dana Joseph Ronco, 61, passed away unexpectedly of a pulmonary embolism on Thursday, May 20, 2021. He was born on July 20, 1959, the son of Charles and Colene (Patterson) Ronco. Dana enjoyed hunting, fishing, and four wheeling, he enjoyed everything about the outdoors. He was known to be quite the hell-raiser, always making people laugh. Some of his greatest joys were spending time with his wife, Della and their rescue dogs. He loved all the dogs but Capone had a very special place in his heart. Every November, over the years, he spent his time hunting at Pellerin’s Camp in Dixmont with all of the guys. Dana and Della were looking forward to all the plans they had made. He was going to retire at the end of this year. He worked for Sappi (S.D. Warren) for nearly 40 years! They just purchased land up north where they were going to live and enjoy their retirement together. In addition to his wife, Dana is survived by his daughter, Shannon Ronco of Windham; step-sons, Richard “Buddy” Childs of Parsonsfield, and Shawn Childs of Westbrook; grandson, Anthony Boyd of Windham; sister, Debra Stewart and husband, Craig of Westbrook; brothers, Dan Ronco and partner, Donna Chamberlain of Arundel, Chris Ronco of Portland, and Tom Ronco and wife, Michelle of Saco. In addition to his parents, Dana was predeceased by his close brother, David Ronco of Portland. At Dana’s request, there will be no services. To express condolences and to participate in Dana’s online tribute, please visit www.DolbyBlaisSegee.com

WINDHAM - Dana Joseph Ronco, 61, passed away unexpectedly of a pulmonary embolism on Thursday, May 20, 2021. He was born on July 20, 1959, the son of Charles and Colene (Patterson) Ronco. Dana enjoyed hunting, fishing, and four wheeling,... View Obituary & Service Information

The family of Dana Joseph Ronco created this Life Tributes page to make it easy to share your memories.

Send flowers to the Ronco family.