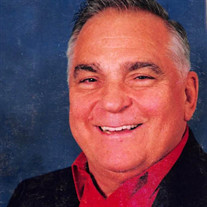 WESTBROOK – On Sunday, May 2, 2021, Dana Bradley Aaskov, loving husband and father of 2, passed away peacefully at the age of 85 surrounded by his loving family. Dana was born on August 12, 1935, in Portland, Maine to Marion and Philip Aaskov. He attended Portland schools and after graduating from high school in 1953, he went to work for Richard P. Waltz and Sons. In December of 1956, Dana married Winnifred Gallagher and had two sons. He then earned his Master Plumbers License; and in 1964, Dana started his own company, Aaskov Plumbing & Heating, Co. now located at 900 Riverside Street, Portland, ME which is still operational today and managed by his granddaughter, Morgan Aaskov. Eventually, the family moved from Portland to Mineral Springs in Windham where they enjoyed boating, fishing, and other water activities on Big Sebago Lake. He also enjoyed traveling with his family. Dana retired in 1990 and thereafter spent his winters tracking down all the early bird specials in Florida where he also enjoyed boating and spending time with his many friends. Summers were always back home in Maine. He’s remembered for his love of his family and masterful storytelling. Dana was predeceased by his wife Winnifred, his mother Marion, his father Philip, and his brother, Gary. He is survived by his long-time companion, Lois Lalonde and her daughters, Michelle, Kim and her husband, Jon; Dana’s sons, Alan and his wife Robin and Brian and his long-time companion Ruth Reglin; grandchildren, Alyssa, Ashley, Morgan, and Arianna; great-grandchild, Addison, along with other nieces and nephews. A Memorial Service will be held at 10:30am Friday, June 4, 2021 at the Trinity Lutheran Church, 612 Main Street, Westbrook. Private burial will be at Brooklawn Memorial Park, Portland. Donations in his memory can be made to the Trinity Lutheran Church, 612 Main Street, Westbrook, Maine 04092.

WESTBROOK &#8211; On Sunday, May 2, 2021, Dana Bradley Aaskov, loving husband and father of 2, passed away peacefully at the age of 85 surrounded by his loving family. Dana was born on August 12, 1935, in Portland, Maine to Marion and Philip... View Obituary & Service Information

The family of Dana B. Aaskov created this Life Tributes page to make it easy to share your memories.

Send flowers to the Aaskov family.