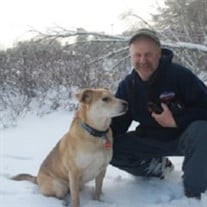 Craig Alan Hathaway, 59, of Westbrook, ME, formerly Shapleigh & North Truro, MA, passed away on Monday, July 12. He was born on October 27, 1961 to Stuart Hathaway & Anne (Roach) Hathaway in Springvale, Maine, the youngest of three. Due to his dad’s work, he moved around a few times as a child, to California before they settled in New Jersey. He graduated from Middletown – South High School and immediately went into the working world, showing his passion for cars at a young age. He moved back up to Maine, to Kennebunkport, in his late 20s, and started working at Auto Image of New England. He met his former wife, Karen, at a friend’s wedding in 1989, and they were married two years later. They had two daughters together, Chelsea and Lindsay, and lived in Shapleigh, ME. In 2000, the family moved to North Truro on Cape Cod to take over the family business, Dutra’s Market. Dad always had a strong work ethic and worked 362 days a year, always 12+ hour days, but he still always made time to go to his daughter’s basketball games, school concerts, and cheerleading events. In 2009 he moved back to Maine, and started working on cars again at AutoSound Company as an installation technician. He never missed a weekend visit with his daughters on the Cape. Dad was so knowledgeable about cars, that many times his kids would bring their cars up on weekends where he would replace brake pads, install sunroofs, and remote starters. He also had a great love of pets and rescued several cats and dogs over the years. He will be greatly missed. Craig was pre-deceased by his father, Stuart, and his brother, Neil. He is survived by his mother, Anne; sister, Helen Hathaway; daughters, Chelsea Hathaway and Lindsay Hathaway; and former wife, Karen Hathaway. The family will be keeping services private at this time. Donations can be made to the Animal Rescue League – Brewster Shelter in Memory of Craig Hathaway at 3981 Main St, Brewster, MA 02631 or online at https://secure2.convio.net/arlob/site/Donation2;jsessionid=00000000.app20117a?df_id=2241&mfc_pref=T&2241.donation=form1&_ga=2.191138921.214602357.1626183743-560067069.1626183743&NONCE_TOKEN=CFCF5692CB3C1ABE32446EF0763E4EE1.

Craig Alan Hathaway, 59, of Westbrook, ME, formerly Shapleigh & North Truro, MA, passed away on Monday, July 12. He was born on October 27, 1961 to Stuart Hathaway & Anne (Roach) Hathaway in Springvale, Maine, the youngest of three. Due to his... View Obituary & Service Information

The family of Craig Alan Hathaway created this Life Tributes page to make it easy to share your memories.

Send flowers to the Hathaway family.