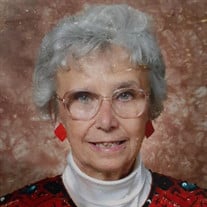 WINDHAM – Cora-Ellen (Doe) Moody was born on November 5, 1938 in Portland to Elmer Sawyer and Harriet Phoebe (Corbett) Doe and died on September 8, 2021. She was 82. She attended Portland schools and graduated from Scarborough High School. Cora-Ellen loved music and was an organist at the Windham Hill United Church of Christ for over 45 years. She helped bring hand bells to WHUCC and enjoyed being part of the choir who played the bells. Cora-Ellen was invited twice to play the organ at Marble Collegiate Church in New York City by her longtime childhood friend, Dr. Arthur Caliandro, who was the minister there at the time. She loved listening to the Kortzheumer organ at the Merrill auditorium and frequented events there when the organist played for the public. Cora-Ellen loved spending time at the family summer cottage on Long Island and sharing the family history of the cottage with family and friends, hosting an Open House on the 100th anniversary of the construction of the cottage, “Island Home”. She could be counted on to play the organ at Evergreen United Methodist Church when she was on the island. Her favorite spot at the cottage was in her beloved woven string porch swing where she sat for hours “watching the world go by”. Cora-Ellen often referred to this swing as her “died and gone to heaven chair”. As an only child, her cousins who lived near the cottage, became like siblings to her. She faithfully took care of the roses at the cottage and enjoyed their beauty every summer. As a little girl, she ran a donut delivery route for Island residents with donuts delivered to her by ferry at Cleaves Landing from a bakery in Portland. She loved making rhubarb pies with her award-winning pie crust. Cora-Ellen was a lifelong member of the International Order of Rainbow for Girls which she joined in 1952. Serving in numerous leadership roles on the State and International level, her highest honor was when she served as Supreme Worthy Advisor from 2016-2018. She inspired so many young girls across the country with religious and life guidance that she was fondly called “Mum Moody”. She served on the WHUCC Church Council and was also a member of the Kiwanis Auxiliary for Woman (when the club existed). Cora-Ellen worked for the former New England Telephone Company now known as AT&T, the Windham School Department in the cafeteria and then in the Superintendents’ Office, Pratt-Abbott where she was a bookkeeper and then retired from Kora Temple as the Office Manager. Her survivors are her husband, Philip of Windham and her children: Stephan Frewin, Elizabeth Ashey, Step children Laurie Schiller and Keith Moody and grandchildren Griffin, Ashey and Josh Moody A private burial will be held the week of September 13th. The family is planning a Celebration of Life in November, date to be announced. In lieu of flowers, please make donations to Century Campaign Fund, Supreme Assembly, IORG, 315 East Carl Albert Parkway, McAlester, OK 74501

WINDHAM &#8211; Cora-Ellen (Doe) Moody was born on November 5, 1938 in Portland to Elmer Sawyer and Harriet Phoebe (Corbett) Doe and died on September 8, 2021. She was 82. She attended Portland schools and graduated from Scarborough High School.... View Obituary & Service Information

The family of Cora-Ellen Moody created this Life Tributes page to make it easy to share your memories.

Send flowers to the Moody family.