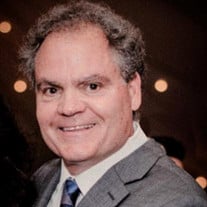 Christopher John Smith of Gorham died in a tragic automobile accident on February 18, 2022. He was born in Methuen, MA, on December 16, 1961, the son of the late Donald Joseph Smith and Pauline Annette (Quinlan) Smith. Chris grew up in North Andover, MA where he excelled athletically in baseball and soccer. He was an ace “lefty” pitcher from little league through high school. When he wasn’t pitching he played shortstop, which was a testament to his strong arm and athletic ability as lefty’s never play on the left side of the infield. He was awarded the Stephan Letarte Memorial Award for Sportsmanship which was a source of great pride for his family. A testament to the kind of person Chris was is the fact that he maintained lifelong friendships with childhood friends including the gang from Foster Street. Chris graduated from North Andover High School in 1979. He attended the University of Lowell for one year before transferring to the University of Southern Maine. Chris joined the Delta Chi Fraternity where he bonded with men who would become his brothers forever. He earned a bachelor’s degree in Business Administration and quickly joined Findlay Appraisal in Portsmouth, NH. He worked at other firms before forming his own company, Southern Maine Appraisal Service, which he built over 29 years. Chris married Christine Curley in 1993. They lived for a short time in Portland before making Gorham their home for the last 23 years. Both became active in the Gorham community and enjoyed building relationships with new friends and neighbors. Chris passed his love of sports on to his three daughters and coached many of their teams in soccer, basketball and softball. When two of his daughters decided to join cheering, he became the ultimate cheer dad. All players he coached learned from his extensive knowledge and were fueled by his passion to play. Chris loved watching the kids he coached go on to play at the next level. Smitty took his own game to the “next level” by playing in a men’s baseball league in Portland for many years. He looked forward to his annual golf trips with college friends. He was a fierce competitor in all he did, but the guy’s annual golf “Grudge Match” raised his intensity level. Win or lose, Chris was always a gentleman. He was also an avid New England sports fan, but he had a special love for the Red Sox. Chris's affability was his most endearing trait. Nobody was a stranger in his home and he loved nothing more than cooking for a crowd. He always had a new joke or a story, keeping friends and family entertained for hours. Chris loved animals, but particularly dogs. Chris and Christine's first dog was a black lab “Reggie”, named after one of his favorite baseball players, Reggie Jackson. He lost his soul dog Mia this past April whom he considered "the best athlete in the family”, he enjoyed watching Mia and her brother Jack chase each other in the field behind the house. Facetime calls with his granddog Demi were one of the best parts of his week. By far, his love for his wife and daughters superseded all else. A more devoted dad and husband did not exist. He was a constant source of advice and support for his girls and will be missed more than words can describe. Surviving, in addition to his wife, Christine Smith, and mother, Pauline Smith, are his daughter’s Erin, Julia and Caroline Smith; father and mother-in-law Ralph and Barbara Curley of Sanford, ME; three sisters, Dawn and her husband Dan Desmond of Atkinson, NH, Laurie and her husband Charlie Marshall of York, ME and Wendy and her husband Mike Boehm of Amherst, NH; a brother-in-law, Timothy Curley of Sanford, ME and sister-in-law, Kathleen Curley of Sherman Oaks, CA. Also surviving him are thirteen nieces and nephews, Kimberly Palermo, Amy Strickler, Danny Desmond, Lauren LeBlanc, Kara Patten, Bethany St John, Chad Marshall, Ryan Boehm, Jeffrey Boehm, Shawn Curley, Morgan Redman, Grace Curley, and TJ Curley, and fifteen great nieces and nephews. A funeral service will be held on Saturday, March 5th at New Life Church, 551 Alfred Street, Biddeford, Maine 04055. A period of visitation will be held at 10:00 a.m. with the service following at 11:00 a.m. A reception will immediately follow at the church. In lieu of flowers, those who wish to make a donation may do so to either Gorham Recreation Youth Sports, 75 South Street, Gorham, ME 04038 or The Animal Refuge League of Greater Portland, PO Box 336, Westbrook, ME 04098, in memory of Chris Smith.

Christopher John Smith of Gorham died in a tragic automobile accident on February 18, 2022. He was born in Methuen, MA, on December 16, 1961, the son of the late Donald Joseph Smith and Pauline Annette (Quinlan) Smith. Chris grew up in North... View Obituary & Service Information

The family of Christopher John Smith created this Life Tributes page to make it easy to share your memories.

Christopher John Smith of Gorham died in a tragic automobile...

Send flowers to the Smith family.