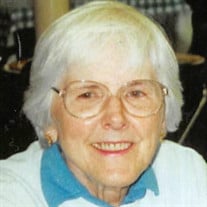 Carolyn D. (Stokes) Fournier Bird PORTLAND-- Mom was called home to be with the Lord on March 13, 2021. She was 85. She was born in Portland on October 10, 1935, a daughter of Roy L. & Frances V. (Noiles) Stokes. She lived in Portland for 8 years, then moved to Stanwood Park area of So.Portland. She attended Holy Cross School in So.Portland & Cathedral High School in Portland, graduating in 1953. She married Robert P. Fournier on her 18th birthday in 1953, making their home in Portland. Together they had 6 children. She was a stay-at-home mom for 17+ years until divorced in 1971. Carolyn then worked for the lunch program at Jack Junior High School for 1-1/2 years, then as a waitress at Agnellio’s (later called Esposito’s) from 1973 to 1989, working some shifts in the role of cook. In 1990, at age 54, Carolyn was hired as a Psych Tech for Jackson Brook Institute in So.Portland for almost 8 years. She was unfortunately “downsized,” among many others, on her 62nd birthday in 1997. NOT to be discouraged because of her age, she was determined to take advantage of the job retraining offered at the Training Resource Center, learning computer & upgrading her skills. Rewarded for her efforts, in early 2000, she worked as a temp in the personnel office for U.S. Census 2000. In August of 2000, almost 65, she was hired as Medical Records Clerk for Integrated Behavioral Healthcare. She enjoyed “the best job I’ve ever had, working for, and with, a great group of people.” She was there for almost 12 years when the office closed its doors in 2012; thus Carolyn retired 4 months short of her 77th birthday. During Carolyn’s stay-at-home-mom time, baking was one of the joys in her life. She was known around the neighborhood for the cut-up animal cakes she made for her children’s birthdays, as well as tons of various cookies, homemade bread, & loads of popcorn. There was always something good to eat in her kitchen. And we loved it! In the summers, the family piled in the car & went to Sebago Lake State Park every weekend when weather was good, & she brought a feast with us. We have many good memories there. Carolyn loved to read, play solitaire, cribbage, family games, jigsaw puzzles, crossword puzzles, watch movies, & enjoy family & friends. I remember a table being set up in the living room with puzzles that we all worked on & enjoyed. For a while, she even dabbled in photography, & took some pretty good pictures. In 1982, she married William “Bill” E. Bird. They enjoyed a trip every year, sometimes by car & sometimes on a bus tour. Twice monthly, they attended the events at Owl’s Head Transportation Museum & also went to Acadia National Park the weekend after Labor Day each year. They thoroughly enjoyed each other’s company & wit. They were married for 20+ years when Bill passed away in 2003. They were members of the First Baptist Church on Canco Rd., Portland. Carolyn was predeceased by her oldest son Paul R. Fournier; her parents; her stepfather, Frederic E. Irish, Sr.; & her beloved uncle & aunt, Harold “Doc” & Violet “Byie” Stokes. Also predeceased by her first husband (father of her children). She is survived by her children, Donna M. Zahn (husband Chris) of Lewiston, Stephen A. Fournier (wife Joyce) of SC, Diane T. Lee of Portland, Linda Kasnadi of Portland, and Robert J. Fournier, Sr. of Portland; step children, Nancy B. Lachance of FL, William W. Bird of Brewer, and Donald D. Bird of FL; her step-brother, Frederic E. Irish, Jr. (wife Janet) of MD; grandchildren, Donnette A. Fournier of Portland, Fred L.Fournier (wife Becki) of NH, Randy (wife Kelly) & Thomas Homic of MI, Jeremy T. & Eric S. (wife Caitlin) Gurney of Fryeburg, Jennifer N. Strout of Portland, Craig A. Lee of MN, Robert J. Fournier, Jr. (wife Lindsay) of GA, Ben Fournier of TX, Beth Fournier of MN, Christina M. Zahn of Fryeburg; four step-grandchildren, Kristan B. Sampson of Sanford, Dr. Sarah C. Lachance of FL, Corey L. Bird of Augusta, and Love M. Call of Farmington; also 12 great grandchildren, 6 step-great grandchildren, & 6 step-great, great grandchildren. The family wants to extend a very special & heartfelt thank you to wonderful family & friends for their time, devotion, & compassionate, loving care given to mom at home since being diagnosed with multiple myeloma February 2020. We surely could not have done it without you! Thank you Donnette Fournier, Jennifer Strout, Patti Clukey, Annette Silver, Stephanie Alasadi, Susan Rawding, & Josiane Mutangana. Last, but certainly not least, thank you to Hospice of Southern Maine for their guidance, support, & compassion during this past year. The family will be holding a private service. A public visitation will be held on Saturday, March 20 from 11am to 12noon at the Westbrook Chapel of Dolby Blais & Segee, 35 Church St., Westbrook. Interment will follow at Evergreen Cemetery in Portland.

The family of Carolyn D. (Stokes) Fournier Bird created this Life Tributes page to make it easy to share your memories.