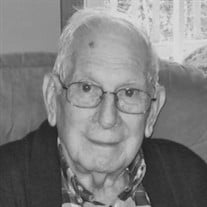 WESTBROOK-- There was a joyous reunion in Heaven when Arthur Hatt joined his wife, Ginger, on February 10, 2021. Arthur passed away from the cruelness of Dementia/Alzheimer’s and Parkinson’s Disease. Arthur Truman Hatt was born in the family home in Gorham, Maine on June 5, 1929 to David and Mary (Mosher) Hatt. He met the love of his life, Ginger Crawford and they were married on June 16, 1956. Ginger passed away on June 28, 2013 and the love story was interrupted. Arthur had many talents and used those talents throughout the years. He could do almost any task required and those skills were put to use in his many home improvement projects. During his early years, he was employed at Portland Machine Tool and later in construction with Kibler and Storer. He retired from Donbury, Inc. as a mechanic. He had a great love of cars and throughout his life took pride in the fact that he has owned 150 cars or more. He enjoyed buying vehicles and trading up. For approximately 30 years, he bought all his cars from Galos Chevrolet. He established some close relationships with employees at Galos and remained close to them until his death. Arthur thoroughly enjoyed attending car shows and cruise in’s with his family. He loved seeing the old cars and reminiscing about his younger days and the cars he owned. Arthur led a long and happy life. He lived his married life in the house that he and Ginger bought when they got married in 1956. He took great pride in being able to maintain that home, up until just a couple of years ago. Any job that needed to be done, he did it and rarely ever had to hire anyone to get anything done. He was vastly talented and basically self-taught. His biggest joy was his family. He and Ginger were involved in their children and grandchildren’s lives, attending every event they participated in. He has been a devoted husband, father, grandfather and great grandfather. Arthur recently left his beloved home of almost 65 years to be cared for by his daughter Sandie and her partner Perry. Arthur is survived by his two children, David and wife Linda (Windham) and Sandie Rogers and Perry Schlanger of Windham. Grandchildren, Bryanna Rogers (Windham), Christopher Hatt and his wife Jessica (Westbrook), and Stephen Hatt (Windham). He was predeceased in 2008 by his beloved grandson, Kyle Rogers. He also leaves behind two precious great granddaughters, Aela Selene Hammett and Alaina Rose Hatt. Arthur was predeceased by his parents, his siblings, William, Cecil, Frederick and Edith. He leaves behind nephew George Hatt of Paragould, Arkansas, Mary Jane Hall of Limington, Maine, and Darla Purdy of Lincoln, California. A niece, Patrician Brann, predeceased him. He also leaves behind his brothers and sisters in law, William and Jennie Crawford of Buxton, Maine and Terrence and Judy Crawford of Claremont, FL. They remained close to him even after Gingers’ death. He also leaves behind several great nieces and nephews and a large circle of friends. Arthur and Ginger had a very special friend, Anne McAlpine of Westbrook. After Ginger passed away, she was a devoted friend of Arthurs’, speaking with him every day. She remains a dear friend of the family. Arthur made friends with everyone and had a wonderful sense of humor. He loved to tell his jokes and stories to anyone who would listen. He was a sensitive, kind, caring man who was loved by all. “Grampy” will be missed by so many and definitely left a mark on their hearts. We are all grateful to have known him and know that he will finally be reunited with his beloved Ginger. The love story continues . . . A visitation will be held on Friday, February 19, 2021 from 4pm to 6pm at the Westbrook Chapel of Dolby Blais & Segee, 35 Church St., Westbrook, ME 04092. The family will be holding a private service. To view a live stream of Arthur’s service beginning at 11 am on Saturday February 20th, please click here: https://zoom.us/j/92091499937 A graveside service will take place on Friday, May 21 at 11am at Mayberry Cemetery in Windham. In lieu of flowers, donations can be made in Arthur’s memory to: Maine State Society for the Protection of Animals: https://www.msspa.org/give/ or Hospice of Southern Maine, www.hospiceofsouthernmaine.org/give

WESTBROOK-- There was a joyous reunion in Heaven when Arthur Hatt joined his wife, Ginger, on February 10, 2021. Arthur passed away from the cruelness of Dementia/Alzheimer&#8217;s and Parkinson&#8217;s Disease. Arthur Truman Hatt was born... View Obituary & Service Information

The family of Arthur Hatt created this Life Tributes page to make it easy to share your memories.

WESTBROOK-- There was a joyous reunion in Heaven when Arthur...

Send flowers to the Hatt family.