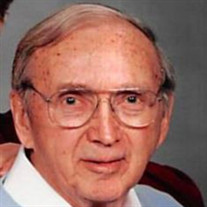 Bethel – Arthur T. Begin, 93, of Westbrook passed away peacefully on Sunday November 15, 2020 at his daughter’s home in Bethel. Arthur was born on April 17, 1927, the son of Frank and Alice Begin. In 1955 he married Jacqueline Levesque his beloved wife of 59 years. In his younger days Arthur worked on the family farm and assisted his uncle, Ted Rousseau, where he developed his carpentry skills. These skills enabled him to build his family home in Westbrook and later a camp on Sebago Lake. Arthur was employed by S.D. Warren Paper Co. for 40+ years. He started on the paper machines as a spare and worked his way up to Division Manager. He also did carpentry work on the side for numerous people, as well as working on many projects with his brother, Louis. After retirement, he volunteered for Maine Adaptive Sports and Recreation at Sunday River, enjoyed skiing, golf and tennis with friends and traveling with his wife. He was a member of the American Legion Post 62 where he also volunteered. When Arthur wasn’t working, he spent time with the family at their place in Raymond on Sebago Lake, where you could always find him moving rocks to improve the swimming area. In the winter, he spent spare time skiing at Sunday River and playing cards with friends. Even after breaking his hip skiing at the age of 75, he returned to the slopes till he was 86. Arthur is predeceased by his wife Jaqueline and brother Louis. He is survived by sisters Frances, Florence, Rose and Marie, his son, Mike and his wife Nancy of Standish and their children Adam and wife Carly, and Curtis and his fiancé Megan; his daughter, Madeline and her husband Robert of Bethel and their children Stephanie and John and his wife Lacey; his son, Roger and his wife Janet of Bradford, MA and their children, Jessica and Ryan. Arrangements entrusted to Dolby, Blais & Segee, Westbrook. A family gathering will be held on Sebago Lake next summer. For those wishing to make memorial contributions in Arthur’s memory please consider Maine Adaptive Sports and Recreation at 8 Sundance Lane, Newry, ME 04261 Or Saint Ann’s Senior Luncheons Mail donation to Senior Mail Site, c/o Gorham Recreation Department, 75 South Street Suite 1, Gorham, ME 04038.

The family of Arthur T Begin created this Life Tributes page to make it easy to share your memories.

Send flowers to the Begin family.