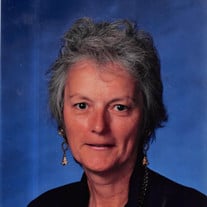 Annette Marie Cox Kneeland, 81, of Gorham went peacefully to the Lord on November 11, 2021. She was born December 16, 1939, the youngest daughter of Robert and Annette (Rioux) Cox. Annette grew up in the White Rock area of Gorham and graduated from Gorham High School in 1959. After high school Annette worked at a bank in Portland. She met her long-time love Ron Kneeland and the two were married in February 1960; they celebrated their 60th wedding anniversary last year. In 1968, they purchased the same home that Annette grew up in and raised their four children in her childhood home, building years of happy memories. For many years Annette was a stay-at-home mom and in 1973 she took a job at Gorham High School working in the music room and later as Ed tech in the library. She took the job expecting it to be a short-term job and retired in 2000. Annette was always kind and helpful to the students, they fondly referred to her as "Mrs. K", and many students stayed in touch with her after they graduated. Annette had many talents; she would always be working on multiple projects such as cake decorating, knitting, quilting, crocheting or a craft project. Many special gifts were created from her handiwork. She enjoyed her Thursday evening craft night with good friends Joan, Linda, Martha and Cindy. The evening was a great way to stay connected and have some fun with their creativity. Annette was a great cook and loved to cook for her family. Annette loved her gardens and she would spend many hours making them perfect, which showed all summer as her yard was filled with many colors. Annette and Ron loved to travel and they frequently took day trips in the New England area. A ride to Burlington, VT for an ice cream and returning home the same day was something they both enjoyed. They especially loved traveling to Pennsylvania for longer trips, where Annette would enjoy finding her favorite wine. After Annette retired, they look a 3-month trip traveling out west. Hotels were not booked in advance and they went at their own pace, seeing so much of our beautiful country. They both loved to drive on their trips; they would say you see so much more that way and much of their traveling was "on the back roads" as the goal wasn't to just get there but to enjoy seeing the country. Annette was a thoughtful and caring wife, mother and grandmother and was always there for her family. She was a sweet, gentle person that everyone in the immediate and extended family loved. As Annette grew sicker, two things would always catch her attention and make her smile - babies and dogs. In 2017 the family made the difficult decision to move her to a nursing home as Annette suffered from dementia and could no longer live at home safely. As Annette's illness progressed, it's the same sweet smile from her that everyone looked for at their visits and luckily, we continued to see her smile and loving gentle nature on most visits. The family would like to thank the Millay unit at Sedgweood Commons for taking care of her over the last 4+ years, treating her as family, as well as Compassus for their wonderful care of Annette over the last year. The love she was shown by the staff provided comfort to her family. Annette had 7 grandchildren who she adored and she could always be found at soccer, football, tennis and hockey games; whatever they were doing she would be there to cheer them on. Annette is predeceased by her parents and siblings Loraine Knighton, Robert Flaherty, Frank Tozie, Gloria Wiggin, Roberta Cox and Thomas Cox. Annette is survived by her husband Ronald, sons Ronald Jr and Kathy, Robert and Margaret both from Windham, daughters Michele and Tim Rowe of Standish, Sue and Grant Maines of Windham. Grandchildren Danielle and Chip Stevens of Leeds, Curtis and Amy Rowe of Gorham, Tyler Kneeland and Dawn Smith of Scarborough, Eric and Julie Kneeland of Worchester MA, Connor Maines of New York City, Kate Kneeland of Worcester MA, Lauren Maines of Windham, and 5 Great Grandchildren. Brother-in-law Richard and Joan Kneeland. Sister-in-Law Jean and Ralph Weeks and many nieces and nephews. Visiting hours will be held on Sunday, November 14 from 3:00pm to 5:00pm at Dolby, Blais & Segee Funeral Home, 434 River Rd., Windham. A Mass of Christian Burial will be on Monday, November 15 at 11:00am at St. Anthony of Padua Parish, 268 Brown St., Westbrook with a burial to follow at White Rock Cemetery in Gorham. In lieu of flowers, a donation in Annette’s memory can be made to the Alzheimer’s Association at https://www.alz.org/maine

Annette Marie Cox Kneeland, 81, of Gorham went peacefully to the Lord on November 11, 2021. She was born December 16, 1939, the youngest daughter of Robert and Annette (Rioux) Cox. Annette grew up in the White Rock area of Gorham and graduated... View Obituary & Service Information

The family of Annette Marie Cox Kneeland created this Life Tributes page to make it easy to share your memories.