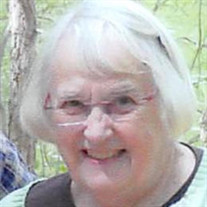 GORHAM – Allene Brookes Bowler, 88, passed away on April 22, 2021 in Scarborough. She was born February 22, 1933 to Spencer A. Brookes and Albertine Laberge Brookes in South Portland, Maine. Allene graduated from South Portland High School in 1951 and Gray’s Business College in 1953. She worked for Union Mutual in Portland while in high school and college as well as a swimming instructor during the summers. After graduation, Allene went to work at New England Telephone and Telegraph in their Portland’s construction office. She married Navy Ensign Peter Bowler in April 1956 and from there traveled up and down and across the states while Peter served as a Navy pilot for 20 years. During this time their children were born, Steve in Kansas, Dan and Wendy in Maine and John in California. Allene was a Den Mother, 4-H Leader, member of the Jax Garden Club and volunteer with the Navy Relief Society. Returning to Gorham in 1975, Allene attended USM taking many writing and art classes. She was active in town affairs serving on the Planning Board, Gorham Town Council, Board of Appeals and the Parks and Conservation Commission. She and her husband were active in the Gorham Land Trust having donated the conservation rights for 24 acres to the PRLT back in the late 1990’s most of which is along the Presumpscot River. She was also a member of the Gorham Woman's Club having served as their president, the Tri-Town Extension having served as County President, designed the logo for the Maine Extension Homemakers and was a Charter Member of the Auburn Assembly #262 of the Social Order of the Beauceant. The family raised Olde English Sheepdogs for 18 years, selling a litter of pups a year. In the 1980’s, Allene, Jayne and Wendy opened the Olde Mill Craft Shop in Westbrook, during which time she was also editor of the Maine Civil Air Patrol Windsock. She worked part-time, 25 years, for H&R Block in Gorham. Allene was active with the Baxter House Museum for several years and donated many items from her home, formerly the farmhouse of Harris and Frances Plummer, her uncle and aunt. She designed a cross-stitch sampler of the present Baxter House Museum. Later in life, her interests were the Gorham Woman’s Club, Tri-Town Extension, her family, flowers, dogs, cats, chickens, and watching the birds, deer and turkeys from her kitchen and den windows. “I loved my life and I thank all those who came into it and made it so special.” – Allene She was predeceased by her parents, her husband Peter, and brothers Homer A. Brookes and Spencer C. Brookes, II. Surviving are her children, Steve Bowler and his wife, Jayne Ledger Bowler of Belfast, Dan Bowler and his wife, Linda Reynolds Bowler of Gorham, Wendy Bowler and her husband Paul Rollins of South Portland and John Bowler of Gorham. Also, her grandchildren, Amy Bowler Allen and her husband, Derrick, Jacob Bowler, Kyle Bowler and Allison Bowler, step-grandchildren Jeffrey Rollins, Angel Simoneau and her husband Wei Huang, Victoria Simoneau and Michael Barela; great-grandchildren, Maggie and Finnegan Allen, Samantha Bowler; and Allene's sister-in-law Mary Ellen Brookes of New Hampshire; two nieces and four nephews; special friends and luncheon cousins. A Memorial Mass will be held Saturday, May 8 at 11:00 AM at St. Anne’s Catholic Church, 299 Main Street, Gorham. To live stream the service via zoom, please click here: https://zoom.us/j/93649370277 Due to COVID-19, there will be no refreshments after the service. A celebration of Allene's life will be held in warmer weather. In lieu of flowers, donations can be made to the Gorham Woman’s Club, PO Box 4, Gorham, ME 04038. The family expresses a special thanks for the care provided by the staff at Mercy Hospital, Springbrook Center and Gosnell Memorial Hospice Center.

The family of Allene Brookes Bowler created this Life Tributes page to make it easy to share your memories.

Send flowers to the Bowler family.