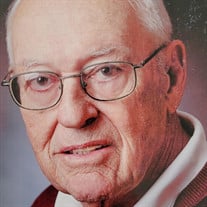 FALMOUTH - Albert “Al” Leeman Noyes was born in Bath, Maine in 1933 to Albert Stevens Noyes and Elinor (Leeman) Noyes. Al and his family moved to Gardiner in 1945, and then moved to Augusta in 1947, where he graduated from Cony High School in 1951. Al attended the University of Maine in Orono and graduated in 1955 with a Bachelor of Arts Degree. He was a member of the Phi Gamma Delta fraternity (where he formed a number of lifelong friendships), a Sophomore Owl, a member of the Sophomore Class executive council and a member of and captain of the Varsity Golf Team. Al worked for General Electric after graduation. He left GE to join the United States Army as a lieutenant in the finance corps, and upon completing that tour returned to Maine to become a Certified Public Accountant with Baker & Adam in Portland. Al joined Jordan and Jordan in 1965 and upon their merger with Arthur Young & Company became the office managing partner until his retirement from their successor in 1992. That same year, he then formed a group to acquire the Ernst & Young practice, now known as Baker, Newman & Noyes, from which he retired, for the second time, in 1995. During his retirement, while in Florida, he volunteered with the IRS to help prepare income taxes for low income tax payers. He later became a financial advisor to Robert and Gary Bahre until 2017. He was a member and two-time Chairman of the Maine Board of Accountancy and served as President of the Portland Chamber of Commerce. Al enjoyed mountain climbing with his family and friends. He conquered all of the 4,000 footers in Maine and 40 of the 48 4,000 footers in New Hampshire. He travelled to Zermatt in the Swiss Alps twice, first in 1990 with his daughter Terri, and then in 1992 with his good friend and frequent climbing companion, John DiMatteo. Al’s passion was golf. Initiated in to the sport at Augusta Country Club in 1946, he took to the game quickly and was runner-up in 1951 in the Maine Schoolboy Championship. He won the Maine Junior Championship the following year, and was semi-finalist in the New England Collegiate Championship in 1955. He won the Maine Best Ball Championship in 1967 with Miles Baker, Jr. and a number of tournaments at the Portland Country Club (PCC), which he joined in 1959. He took particular pride in winning the PCC Father Son championship with his sons, Al and David, numerous times over the years. Most recently he won the PCC President’s Cup in a playoff in 2016 at age 83. In Florida, with partner Mike Smith, he won the 1999 Eastern Golf Association Winter Championship at Bear Lakes Country Club, his home course. Al once tied the course record at Bethel Inn with a 30, and shot his best round at Portland Country Club, a 66, at age 64. He was a member of the state championship Pro-Am team several times with Pro Jim Gillis and Dr. Ray Lebel. He won four Maine Seniors Golf Association titles, and was a member of the Tri-State team several times also. He had 6 hole-in-ones. He served as the President of the Portland Country Club and the Maine State Golf Association and chaired the Maine State Caddy Scholarship Fund. He was also on the board of the New England Golf Association. Al was inducted into the Maine State Golf Half of Fame in 2012. In addition to his parents, Al was predeceased by his sister, Elaine. He is survived by his wife of 65 years, Pauline; their children, Albert Noyes of Falmouth, Maine, David Noyes of Natick, Mass., and Terri Noyes Pitts of Newton, Mass.; and grandchildren, Alison Noyes, Albert Noyes, Angela Noyes, Pauline Pitts and Daniel Pitts. Services will be private for family. In lieu of flowers, memorial donations may be sent to the Maine Caddie Scholarship at https://www.golfgenius.com/pages/1756650.

FALMOUTH - Albert &#8220;Al&#8221; Leeman Noyes was born in Bath, Maine in 1933 to Albert Stevens Noyes and Elinor (Leeman) Noyes. Al and his family moved to Gardiner in 1945, and then moved to Augusta in 1947, where he graduated from Cony... View Obituary & Service Information

The family of Albert "Al" Leeman Noyes created this Life Tributes page to make it easy to share your memories.

Send flowers to the Noyes family.