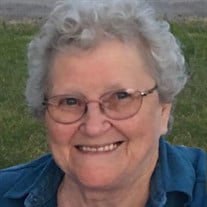 RAYMOND – Adma Jane Willis, retired teacher, beloved mother, grandmother, aunt, sister, cousin, and friend to many, died at home on March 16, 2022, at age 80. Born October 16, 1941, in Dover-Foxcroft, Maine, to Bertha (Bridges) and Ralph “Rusty” Willis, Adma was raised in Guilford until age 10 when her family moved back to their roots in Gorham. Adma graduated from Gorham High School in 1960 where she was active in the French Club, Audio-Visual Club, held positions as a class officer, and loved being a cheerleader. Adma earned her teaching degree from The University of Maine at Portland-Gorham (now USM). She taught in both Windham and Lake Region schools where she developed lifelong friendships with many staff members. Working with students with special needs was Adma’s specialty. For many years, she worked with her sister, Sandy, and brother-in-law, Mike, at their Seaside resort in Kennebunkport. She volunteered as an EMT in both Kennebunk and Raymond. Adma had many interests and passions. A devoted Red Sox fan, she followed games from spring training through the playoffs and could always tell you who was being traded or coming up from the minor leagues. She and cousin Jane, another Sox enthusiast, traveled to many cities in the U.S. and Canada to watch them play. Adma was an avid reader and always had a book (or three) close by. She was extremely creative and enjoyed quilting, painting, and knitting. Her handmade “Wrap-and-Zaps” were a hit at the Windham Farmers’ Market, and her knitted Christmas stockings will be treasured by family and many others for years to come. Adma will always be known for her peanut butter fudge, strawberry rhubarb jam, and zucchini relish. She will also be remembered fondly for her wit and snarky sense-of-humor! Adma’s happiest moments were playing cards and Mahjong with close friends and family, enjoying “Cousins Lunch,” meetings and lunch with her Circle of Friends and Friendship Groups from Raymond Village Community Church (RVCC), spending time in her many gardens, and hosting family and friends (especially grandchildren) at her home and waterfront lot on Sebago Lake. Adma instilled a love of card games into all of her grandchildren from a very young age and showed them no mercy in competition. Adma loved the water and swam with daughter, Gwen, from the family camp on Raymond Cape to Frye Island while brother, Larry, rowed alongside. In her younger years, Adma was a talented waterskier. She enjoyed kayaking and canoeing and participated in several family canoe trips on Northern Maine waters. Adma loved to travel and had the privilege of visiting England, Switzerland, France, Sweden, Norway, Alaska, and Hawaii. Adma adored having a baby in her arms, and she doted on her grandchildren and great-grandchildren. She was fondly called “Mam” or “Mammy” by children of all ages – both family and friends. Everyone who met Mam became family. Adma led a rich, spiritual life. She served as a deacon, sang in the choir, and helped with projects at RVCC. She also researched and delivered several lay sermons, including the history behind favorite hymns. In previous decades, Adma sang in the choir with her mother at the Little Falls Baptist Church in Gorham. Adma is survived by sister-in-law Gloria Willis of Gorham; sister Sandy Willis Severance and brother-in-law Mike of Kennebunkport; brother Larry Willis and sister-in-law Brenda of Brewer; brother Paul Willis of Gorham; brother Steve Willis and sister-in-law Roberta of Gorham; daughter Gwendolyne Willis of Philadelphia, PA; daughter Kim Meggison of Gorham; son Rusty Meggison and daughter-in-law Theresa Pinkham of Hollis; daughter Rebecca Coffin and son-in-law Jesse of Raymond; grandchildren Josh Fasulo and wife Joanne Kelly of Westcliff-On-Sea, England; Kate Fasulo Simmons, husband Edward, and great-grandson Ezra of London, England; Sadie Dyer of Gorham; Levi Meggison of Westbrook; Garrett Meggison and great-granddaughter Elaina of Hollis; Tanner Kopy of Raymond; Emmajean, Dylan, and Alex Coffin of Raymond; many nieces, nephews, and cousins important in her life, and a mountain of friends including lifelong besties Rita and Ruth. Adma was predeceased by her parents, older brother Ralph “Skip” Willis, sister-in-law Janet Reid Willis, special cousin/friend Jane Langley Warren, and several other first cousins. Adma’s family would like to extend a special thank you to her caregiver, Frank, for making it possible to keep her safely at home for the past two months. The family also appreciates everyone who visited, sent cards, and helped with meals. We commend the teams at New England Cancer Specialists and Massachusetts General Hospital for their care and many kindnesses during Adma’s valiant battle against cancer. Special thanks go out to nieces Alyssa and Jess, who made it possible to stay connected at MGH, and niece January, who did the same at Gorham House during a time when Covid made it impossible for other family to be with Adma. We would also like to express thanks to Hospice of Southern Maine for their care and compassion. Because Adma was generous with her time and resources (even when hers were limited), in lieu of flowers the family asks that people consider volunteering their time and talents to help others, making a donation to their local food pantry, or donating in her honor to The Jimmy Fund or the Raymond Village Community Church. Family and friends are invited to visiting hours from 4:00 to 6:00pm on Wednesday, March 23, at the Dolby, Blais, and Segee Chapel, 434 River Road in Windham. A Celebration of Life will be held at 11:00am on Thursday, March 24 at The First Parish Church in Gorham, to be followed by a light luncheon in the church Fellowship Hall. A private interment will be held in the spring.

The family of Adma Jane Willis created this Life Tributes page to make it easy to share your memories.

Send flowers to the Willis family.